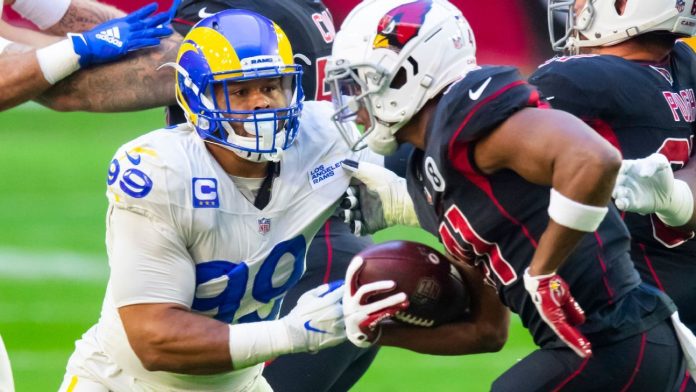 The NFL wild-card round is complete, and just eight teams remain in contention for the Super Bowl. The Rams advanced in the wild-card round on Monday night, while the Cardinals were eliminated.

All of the remaining teams will be back on the field when the NFL playoffs resume play next Sunday. The Titans and Packers were able to rest and watch the games from home this weekend, but they will now have to defend their home turf, with Tennessee facing Cincinnati and Green Bay facing San Francisco. The Buccaneers were the only team that didn’t know who they were playing on Sunday. They now know they’ll be playing the Rams.

On Saturday and Sunday, there will be two games, one in the afternoon and one in the evening.

Both No. 1 seeds will compete on the first day. The Titans and Bengals will kick off the round on CBS, followed by the Packers and 49ers later that evening. The defending conference champions will face off on Sunday, beginning with Tom Brady and the Buccaneers against the Rams. The weekend’s final game will be a replay of the AFC championship game between the Chiefs and Bills in 2021.

“Not getting it done” | Graham’s Debut | “It’s disappointing”

Why Education Will Never Be the Same After the Pandemic

Arizona Is Not Ready To Face The Election 2022 Results