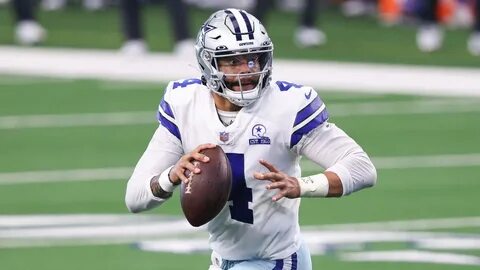 Dak Prescott apologized Tuesday night for statements he made following the Dallas Cowboys‘ playoff defeat that endorsed supporters hurling items at NFL officials. In a series of tweets, the quarterback expressed his sincere sorrow for what he said after the game.

When questioned about water bottles being hurled at Dallas players as they exited the field after their 23-17 wildcard loss to the San Francisco 49ers on Sunday, Prescott stated it was awful that supporters would do such a thing. When another reporter mentioned that authorities looked to be the targets, the quarterback answered, “Credit to them then.”

Prescott has subsequently faced a barrage of criticism for his remarks, even raising the rage of NBA officials.

In the first of a series of tweets on Tuesday night, Prescott expressed regret for his comments made during the Sunday game. He stated that he became engrossed in the upsetting loss.

A second post appeared very shortly after the first. Dak Prescott stated that he admired NFL officials. He has always admired them and recognized the hardship of the task. Everyone in the stadium, whether the audience, the teams, or the referees, is concerned about their safety.

In the third tweet, he admitted his mistake and apologized.

The Cowboys were unable to spike the ball in time to stop the clock for one more play after Prescott gained 17 yards on a quarterback draw to the 49ers 24. When marking the ball, umpire Ramon George collided with Prescott.

Russia Invasion: US And Other Western Powers Are Certain Of Sanctions

49ers Dominate The Rams In Primetime