Home Top Stories Tahith Chong, The Youngest Is Under The Manager’s Radar 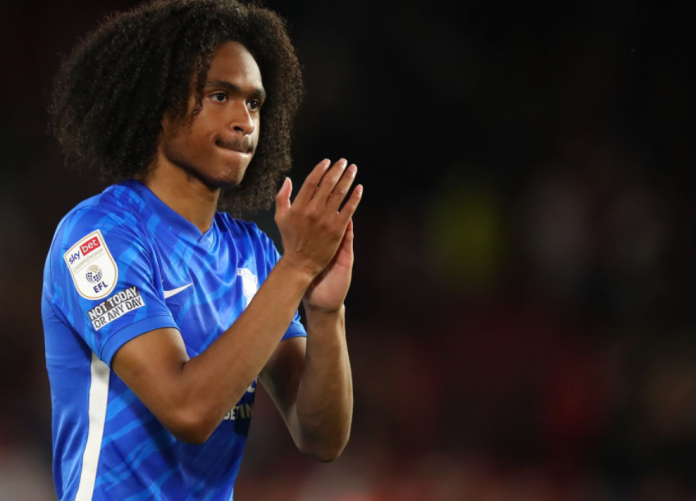 Tahith Chong is the new name in town and the Norwegian manager is really excited about him.

The attacking options for Manchester United are pretty vast and Tahith Chong presents yet another one. He had a fantastic game for Birmingham City against Derby County in the English Championship.

How Can Tahith Chong Fit In The United Team?

Tahith Chong has revealed that Ole will keep a tab on his games for Birmingham City. He has recently completed a season-long loan to the club last month.

The team beat Derby 2-0 and recorded their first home win of the season. Tahith was the best on the pitch and caused trouble for the Rams on a regular basis. The Rams are being managed by the Ex-United player, Wayne Rooney.

Derby County struggled to keep Chong at bay and resorted to dirty challenges. Tom Lawrence was very lucky to not be sent off after leading with his elbow when he competed with the Dutch for a high ball.

The attacking options for Ole are already stacked on a different level. Cristiano Ronaldo has arrived from Juventus and has presented the manager with a selection dilemma.

Mason Greenwood, Jadon Sancho, Marcus Rashford, Edinson Cavani and Anthony Martial are all struggling to keep their names on the first teams.

Tahith Chong is quite young and can force his way into the team sheet if he has a good season at Birmingham. He had a bad patch after being loaned to Werder Bremen and Club Brugge.

Chong had stated that Solksjaer is watching his games and would be impressed by his performance on Friday. Ole had wished him good luck for the rest of the season and told him that he would keep an eye on him. This is enough motivation for the youngster on the block.