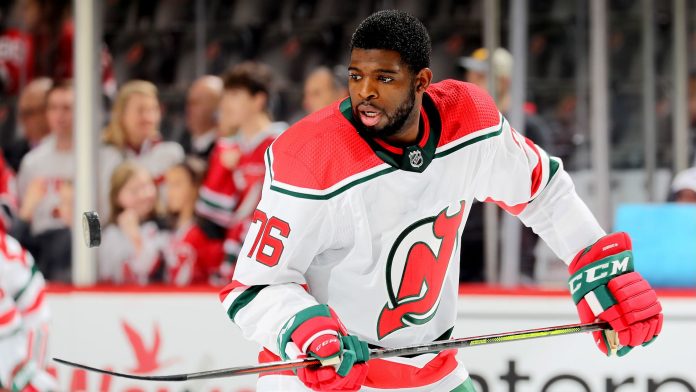 After 13 seasons with the Nashville Predators, Montreal Canadiens, and New Jersey Devils, PK Subban announced his departure from the NHL on Tuesday.

After competing in 834 contests, the defenceman played, scoring 115 goals. He also accruing 467 points. In an Instagram post, he announced: ‘the conclusion of the chapter’ in his professional life.

PK Subban wrote how he remembers his dreams to play in NHL and to win the lucrative trophy. He said just like the people on Don Cherry Rock them Shock them tapes, who appeared in the final moments of the volumes of the tapes having broken bones, black eyes, crying joyful tears, he dreamt about it almost every day.

The legendary defender of recent times of the game said that he didn’t ever considered himself and felt that he was just this hockey player. He thought of himself as an individual who was playing the game. He said his perspective has always helped him enjoy the bits and pieces of every game. He said it made each game felt like that was his last, and thus you enjoyed every goal he scored with all his heart.

NHL Star Defender PK Subban Hung Up His Boots As A Free Agent At The Age Of 33:

In 2007, Montreal selected the 33-year-old Subban in the 2nd round, 43rd overall. He made his Canadiens debut back in 2010. During the next six seasons, PK Subban was a key member of Montreal’s blue line. In those years, the Toronto native developed into a formidable defenseman in the NHL, winning the Norris Trophy as the best defenseman in the league in 2013.

He represented Canada internationally and won the Olympic gold at 2014 Sochi Games.

PK Subban became the highest-paid defender in the NHL at the time when he agreed to an eight-year, contract agreement of $72 million with the Canadiens later in 2014. He was appointed an alternative captain for the same campaign.