NY Mets suffered a huge setback recently. The main player of their team has been injured. Jacob deGrom has suffered a terrible elbow injury. He is severely injured and is not expected to be in action for two weeks. This injury will peg back the Mets a lot. Jacob is the mainstay of the team. If the NY Mets want to do better this season, Jacob is the man. His injury means the team has to rely on the others to produce a result. Jacob was such a player who had the potential to change a match’s outcome on his merit.

Jacob deGrom seems to be having a real tough time fighting with injuries. He has been recorded to become more prone to injuries recently. The latest elbow injury will keep him out of action for two weeks. The injury to his elbow was the sixth time the athlete got injured.

The athlete has been reported to have developed an inflammation of the right elbow. The severity of the circumstance is such it may cost Jacob the whole season. He was initially asked to take a rest for a couple of weeks. During his rest period, Jacob was not permitted to throw or practice throwing. His period of rest has been extended by two more weeks now. The report of his injury was announced by Luis Rojas on Friday. Luis Rojas is the manager of the NY Mets.

The NY Mets will have a close look at Jacob’s MRI reports and take decisions accordingly. The athlete went back to New York for a medical examination. The doctor stated that the condition has improved. However, he could not go back to NFL action anytime soon. Frustration seems to creep within Jacobs. He wanted to aid his team. All he needs to do now is to wait patiently and have a solid recovery.

Shailene Woodley On Moving In With Rodgers

Right about a year ago the American Rescue Plan Act was enacted to give stimulus check payments to individuals and families suffering because of... 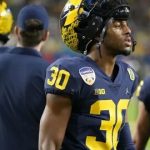 The NFL Draft of 2022 will come out in just a week and there were some mock drafts that must be revealed to the... 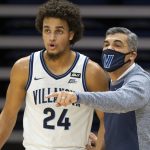 The Coach Of Villanova, Jay Write Will Retire After 21 Seasons

Jay Write, the coach at Villanova Wildcats men’s basketball and the Hall of fame is finally retiring after his 21seasons which is quite shocking....