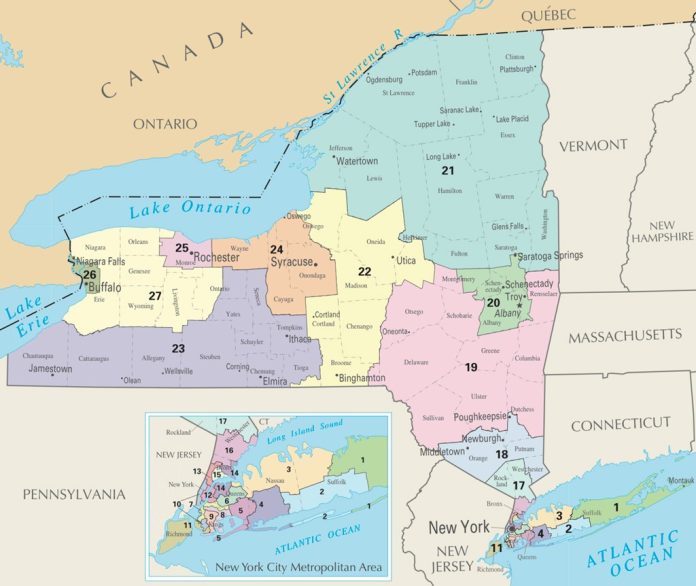 Jonathan Cervas (special master) of Carnegie Mellon University drew lines for the state’s 26 Senate seats, with Fifteen leaning Democratic, 3 leaning Republican, and eight lying in the 45-55 percent competitive area. The revised maps divide 15 counties, compared to the 34 county splits in the Legislature’s plan. The state’s top court ruled out the plan on April 27 for unlawful gerrymandering. Each NYC Congressional Map district was designed to have from 776,970 to 776,972 people.

The 22nd District in Central New York has the most significant revisions from the boundaries prepared by state Democratic lawmakers in February. In the special master’s maps, the district, which Democrats had planned to include the city of Syracuse and Ithaca, now covers all of Onondaga, Madison, and Oneida counties. The 19th District stretches from Columbia County through Broome County and Cortland County, with a heavy Hudson Valley focus. U.S. Rep. Antonio Delgado presently represents that area, but he is set to leave and be ushered in as the state’s next lieutenant governor later this month.