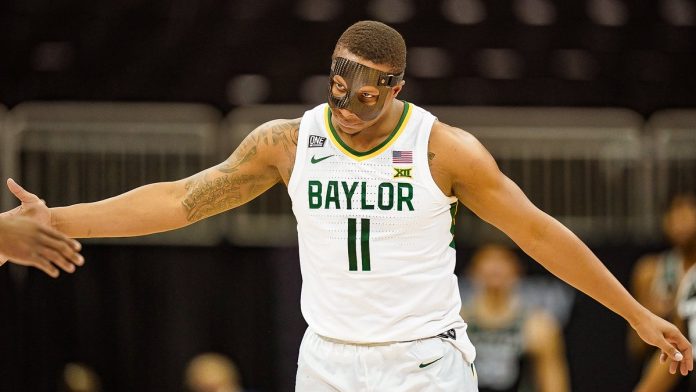 Mark Vital will be joining the Seahawks practice squad as he signs for the team. He had previously led the Baylor team to a national title by beating Gonzaga by 16pts.

Mark Vital is 6’5” and 250 pounds and has not played football since his middle school days but he will be playing at the tight end.

Mark Vital had stated that he had worked with a couple of teams and they liked the way he played. He has great hands while being fast and big. He can do several things that can help teams out. Even though everything feels different, Mark feels that it is a learning experience for him.

Mark Vital was a third-team All-Big 12 selection and a 3-time Big 12 All-Defensive Team selection in 2020. He is also a 2-time semifinalist for the Naismith Defensive Player of the Year award.

He is currently coming off a stint in the Summer League where he scored 1.3pts on an average, with the team from Portland. He had also scored 4 rebounds in the nick of 3 games.

The signing of Mark Vital comes Several weeks after 2nd-year Colby Parkinson got injured in practice. Colby broke his foot. Will Dissly and Gerald Everrett are the other tight ends present in the Seattle roster.

Vital is not short on confidence even though he didn’t play football at Baylor. He spoke with the media and told that he hadn’t played football in a long time but is confident about his chances in the NFL.

He feels that he can be a Hall of Famer and is being compared to Antonio Gates. He feels motivated to try harder and feels that he is built in the same way, as Gates.