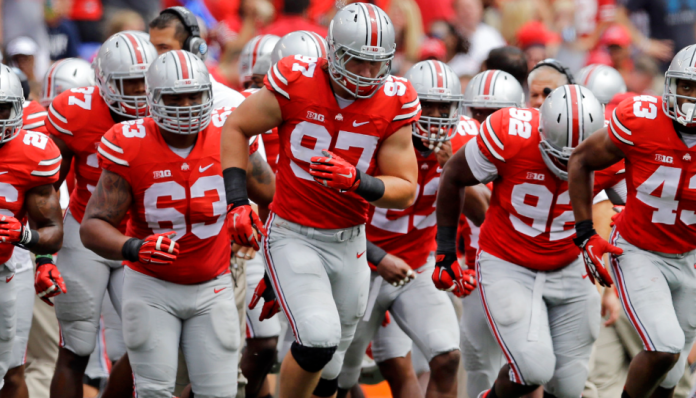 The lauded Ohio State offense was meant to make its mark when they faced Notre Dame in the NCAA football season’s blockbuster Week 1 showdown.

However, due to an ill-fated injury to Jaxon Smith-Njigba, the wide receiver, and some serious offensive issues, the Buckeyes needed to fight hard for their win as they had to come from behind during the starting half.

Here’s everything there is to know regarding the Columbus game.

The top 25 AP rankings for college football had Ohio State ranked second while Notre Dame ranked fifth as they headed into the game.

The Buckeyes will remain in second place this week after first-ranked Alabama defeated Utah State. However, the Irish are going to drop in the new standings.

C.J. Stroud and Emeka Egbuka connected in the first quarter for the Buckeyes’ 1st touchdown in this season and a lead of 7-3.

Notre Dame took a 10-7 lead early during the 2nd quarter when Aurdic Estime, the running back, leaped across the pile and capped off a drive of 87-yards. The Irish drive, though, was saved by Matt Solerno’s incredible catch.