Home Entertainment Timothee Chalamet Talks About How Tough It Is In The Age Of... 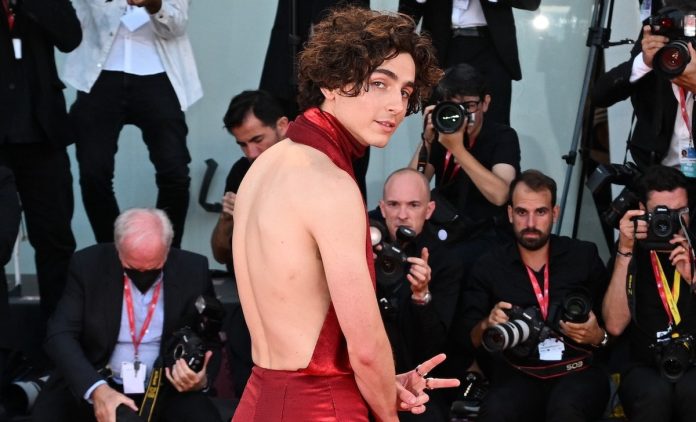 Timothee Chalamet admitted to not being very fond of social media. The 26-year-old nominee for the Academy Awards candidly admitted that he felt “insanely judged” by the platforms’ pressure. He admitted his views on Friday while attending the Film Festival in Venice. Chalamet even feared that social media might be leading to a “societal collapse”.

Timothee Chalamet And The Harms Of Social Media

As per E! News reports, Timothee Chalamet explained that, while he can speak for only his generation, he feels he is under intense judgment because he is young. He also believes all younger people of his generation feel this.

Timothee Chalamet added that he found it difficult to imagine a world where children could grow up free from social media’s onslaught. As such, he found it relieving to portray characters who wrestled with internal dilemmas by themselves. The characters would not foray into TikTok, Instagram, Twitter, or Reddit to find out their place in the world.

Timothee Chalamet brought up the topic when his latest movie “Bones & All” was being discussed. The film is set in the 1980s. Social media was nowhere near making an appearance let alone being a dominating social factor. Chalamet continued that one could locate their tribe during that period without casting judgment. However, at present, Chalamet finds it much more difficult to live.

As such, Timothee feels that the air is hinting at, at least, societal collapse. This is why he also believed that movies matter since that’s how artists can show the world what is truly happening. Regardless, Timothee Chalamet was the focus of quite a bit of attention from social media during his appearance at the festival. His backless ensemble, courtesy of Haider Ackermann, turned quite a few heads.

Harry Kane Of England And Other Captains From Europe Has Been Told Not To...