Patrick Cantlay closed with a 1-under 71 and beat 24-year-old Collin Morikawa with a first playoff hole to win the Memorial Tournament on Sunday. The tournament took place at Muirfield Village in Dublin, Ohio. He became the seventh player to win multiple times at Memorial. He won the tournament for the second time in three years. Adam Scott was beaten by him two years ago in this tournament. The memorial was previously won by Tiger Woods who won the tournament five times and also tournament founder Jack Nicklaus, who won twice.

Patrick Cantlay’s victory came about 24 hours after Rahm was forced to withdraw from the tournament because of a COVID-19 test which turned out to be positive. Initially, Patrick and Collin Morikawa had tied the game for the lead. Later on, Sunday the only one playoff hole made by Patrick Cantlay was the par no 18. However, Morikawa was leading by a single stroke. The sudden rainstorm made for a bad disruption and Morikawa’s game was highly impacted by it as Patrick Cantlay got to watch and observe the game from the sidelines. Another bad break occurred in the game for Morikawa after his ball was covered with mud.

Did Luck favor Patrick Cantlay For His Win?

Patrick Cantlay has managed to win big tournaments by defeating legendary players. Last fall he defeated John Rahm and Justin Thomas to win the Zozo Championship. He also featured in the Top 20 list in the Muirfield Village for every stroke gained category. Patrick Cantlay also has the Shriners Hospital for Children Open to his name. He was also the number one golfer for the World Amateur Golfer ranking for 55 weeks straight. He also won four times on the PGA Tour.

Pamela Brown presses GOP lawmaker: What was your research on voter fraud claims? 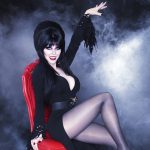 Elvira Opens Up About Her Secret Relationship

Elvira has opened up about her long-term relationship. Elvira stated that she has been in a relationship for nineteen years now. Her partner was... 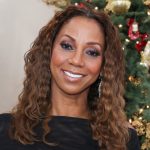 In a role that reflects her real-life role, Holly Robinson Peete will start in the first-ever holiday film by Hallmark that has a character...

Where is the best place to retire for golfers?

Retirees are always looking for the best place to retire. The recent trend has been towards warmer climates, coastal towns and cities, and those...

One of this year’s speeches at the United Nations General Assembly was one of the most spectacular ones so far. BTS, the K-pop band,...

Alan Braid, a doctor in San Antonio, had defied the new Texas abortion law and performed the procedure. Through this act, he had dared...