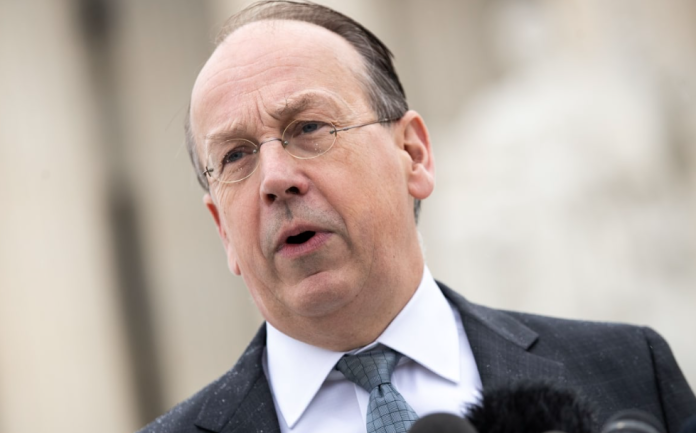 Following Kirkland & Ellis’ announcement that it will no longer represent clients in Second Amendment disputes, Paul Clement, the renowned attorney who on Thursday prevailed in a significant Supreme Court gun rights case, is quitting the firm.

In a statement released on Thursday, Clement and former Kirkland associate, Erin Murphy announced that they were leaving Kirkland and launching an appellate boutique capable of representing all their various clients. In high-profile cases involving political gerrymandering, campaign financing, and an effort to end immigration protections for so-called Dreamers, Murphy has appeared before the Supreme Court on behalf of conservative programs.

On the same day that Paul Clement won his most recent high court victory in a case strengthening gun rights—the court’s first significant Second Amendment decision in more than a decade—they decided to launch their own boutique appellate practice.

Kirkland announced that the company will not represent clients with respect to cases concerning the interpretation of the Second Amendment.

According to a knowledgeable source, after the school shooting in Uvalde, Texas, a number of partners at the company expressed displeasure with the firm’s continued representation of Second Amendment-related litigation. It became clear over the past few days that the rupture could not be fixed and that Clement and Murphy would part ways out of a commitment to their clientele.

Paul Clement Made A Similar Move In 2011

When King & Spalding resigned from representing the US House of Representatives in its legal challenge to the Defense of Marriage Act in 2011, Paul Clement followed suit and left the firm. The Supreme Court ultimately overturned the legislation, which for all federal purposes defined marriage as being between a man and a woman.

Paul Clement, a former US Solicitor General under the George W. Bush administration, is one of just a few lawyers to have presented arguments in more than 100 Supreme Court cases.