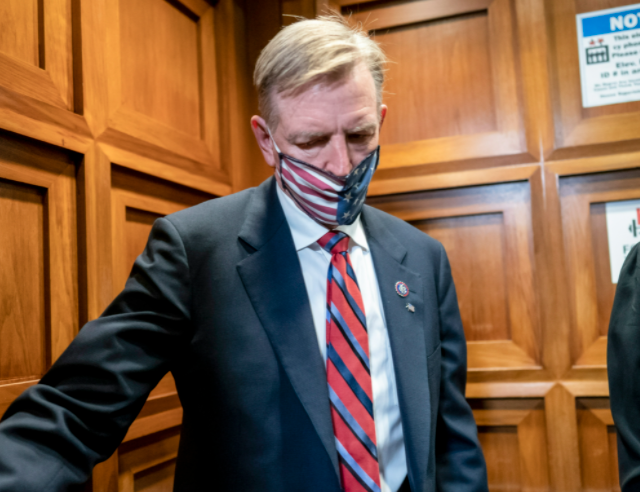 The House voted to censure Republican member Paul Gosar for tweeting a violent video of him killing Ocasio-Cortez, a fellow member, and attacking President Biden. This is the first instance in a decade that the House has rebuked one of its members.

The voting pattern largely followed the party lines in a House controlled by the Democrats. Representative Paul Gosal heard the censure standing in the chamber well. He was also stripped of 2 committee assignments.

Just two Republicans voted for the move, and they portrayed the move by the Democrats as prejudiced politics. Gosar had rejected accusations that the video was threatening. But he removed it from Twitter but retweeted it after the censure.

The video by Paul Gosar is the latest incidence of escalating malicious rhetoric in Congress. It comes less than a year after hordes of rioters owing allegiance to disgraced former President Trump descended on Capitol Hill leading to the death of 5 persons and injuring scores of policemen, some seriously.

Alexandra Ocasio-Cortez said she found it difficult to understand the reason Gosar posted the violent video. She said that we are failing to fulfill the promise made to our children to defend each other irrespective of belief and that what matters is our fundamental human dignity.

Paul said that the video posed no threat. The staunch supporter of Trump said that the only threat posed to this country was by immigrants.

Gosar had also supported the rioters who descended on Capitol Hill following Trump’s defeat and called them ‘peaceful patriots.’ 5 people died in the day-long violence on the hill.

Democrats have supported the censure of Paul Gosar as Republican leader of the House, Kevin McCarthy had declined to discipline Paul Gosar. Republicans Adam Kinzinger and Liz Cheney, both opposed to Trump, supported the resolution. Both are part of the panel investigating the January 6 riots.

Mike Pence And His Group Dispute The Case Of Abortion