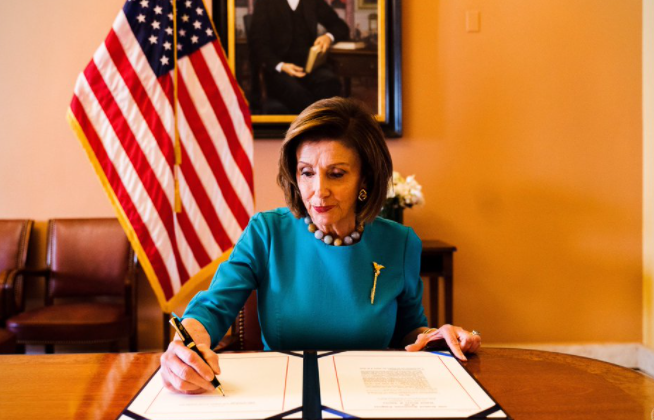 A rare unanimous bill was passed by the Senate to award the Congressional Gold Medal to US soldiers killed outside Kabul airport days before the final evacuation. The bill is now at President Biden’s desk for approval.

The Congressional Gold Medal bill went through the House unanimously at the end of October, a couple of months after 13 servicemen were killed by suicide bombers as they aided in the evacuation efforts from Afghanistan’s main airport.

The legislation mentioned that the US service members had gone beyond their call to protect the US and other civilians. It was an enormously dangerous period as thousands of Taliban militia were rapidly gaining ground and the whole country descended into chaos.

Dozens, mostly civilians were killed on that day as a suicide bomber claiming allegiance to ISIS-K blew himself up near the airport gate.

The Congressional Gold Medal bill was introduced by a bipartisan group of over 30 senators in September. It called for honoring posthumously the 13 service members killed outside the gates of the Kabul Airport by a suicide bomber of the ISIS-K as they assisted in the final evacuation of troops and civilians from Afghanistan.

The effort to pass the Congressional Gold Medal bill was led by Dem. Senator Elizabeth Warren (Massachusetts) and Rep. Senator Steve Daines. In a statement, Daines said that the US Senate moved to recognize the service, sacrifice, and courage of the 13 young men and women killed in Afghanistan. He said that they gave their all for our freedom.

Spencer Rattler Signs Up With Gamecocks

Online Scams Are Skyrocketing Worldwide: Here’s How to Avoid Them

Beyonce Thought Her Career Was OVER At 13 After Singing Injury!