Home Entertainment People’s Champion Award To Dwayne Johnson aka ‘The Rock’: To Be Honored... 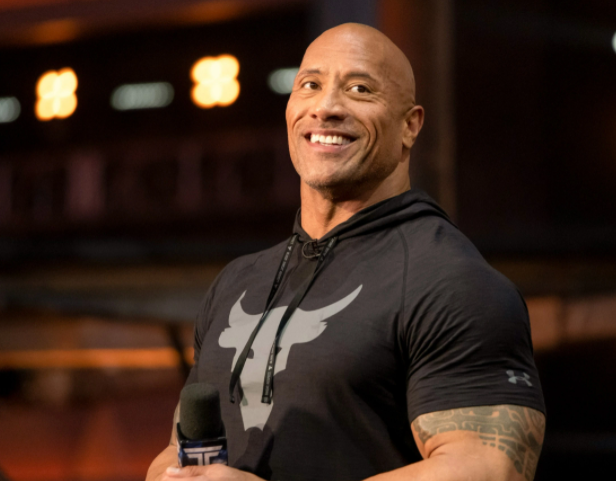 The Rock is set to join the People’s Choice Awards honoree list as he receives the People’s Champion Award for 2021. He will be in the exalted company of Halle Berry who will be receiving the People’s Icon Award.

The Rock is a multifaceted personality known mainly as an entertainer and an entrepreneur, a philanthropist, and an ex-WWE star. He will receive the award on December 7.

The Rock has been nominated 15 times for the People’s Choice Awards and has won it two times. He is being acknowledged for his various contributions and support to the world of entertainment, his staunch commitment to the cause of children, supporting entrepreneurial endeavors, and helping families through his multiple philanthropic undertakings.

Jen Neal, EVP of Live Events, Specials, and E! News said that The Rock remains one of today’s most beloved actors. He has been hugely successful throughout his career. Even during periods of uncertainty, Dwayne displayed his uncanny talent for making people smile through adversity.

She said The Rock’s philanthropic contribution and presence in the international media have transformed him into a cultural icon.  He remains a motivation to many and the perfect choice for the 2021 People’s Champion Award.

The Rock is also the CEO and co-founder of Seven Bucks Companies. It is a global multi-platform enterprise that believes in passionate and authentic storytelling. This entrepreneurial trailblazer has tied up with streaming service Netflix to present Red Notice the international thriller to a limited number of theaters, breaking records worldwide as the highest-grossing opening day, plus the largest weekend for a Netflix movie.

The Rock and Seven Bucks Productions have also tied up with Disney to release Jungle Cruise, the largest film debut this summer for Disney. He has also completed the production of Black Adam, a New Line/DC action franchisee. He is also overseeing the production of the eagerly awaited 2nd season of Young Rock, the NBC comedy hit series.

Basically, the start-up concept emerges from the intent to sort out an issue the users deal with. Generally the first thing that startupers do...

Millions of Americans are waiting for another stimulus check to be issued in 2022, but the chances of that happening is pretty low. The last...

Stimulus Check Of $300 On Your Way If You Reside Here

Millions of Americans are waiting for another stimulus check to be issued in 2022, but the chances of that happening is pretty low. The last...

Herschel Walker Says There Should Be No Exception For Abortion

Herschel Walker, a Georgia Senate candidate, stated that abortion must be banned without any exceptions. The Republican candidate made his controversial comment while speaking to...