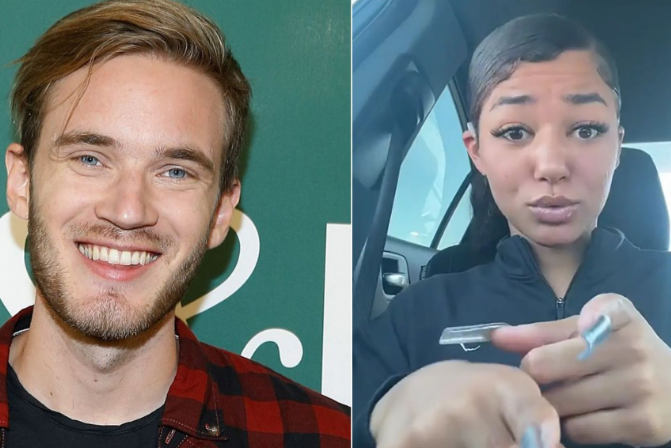 PewDiePie is under fire.

The Swedish YouTube star, whose real name is Felix Arvid Ulf Kjellberg, is facing backlash after he allegedly mocked a deaf TikToker in his most recent video.

In the clip, which has since been deleted but is still on social media, PewDiePie watched as Scarlet May told a story while using American Sign Language (ASL).

However, just a few seconds in, he refused to continue watching the video and said, “No, I’m not listening to this.”

PewDiePie, who was with his dog, added that the pug has the “same crazy nails” as May before using him to imitate her signing and speech.

After facing immediate criticism for “mocking” his fellow social media influencer, PewDiePie edited the clip out of the video and re-uploaded it to his 111 million subscribers.

However, he forgot to change the video’s thumbnail, which still showcased a picture of May.

But Felix was too late, as many social media users managed to record the clip and repost it on social media.

“So why is nobody talking about Pewdiepie making fun of a deaf black woman?” one person said, sharing the video.

“Pewdiepie mocking a deaf TikTok creator for signing in her videos simply because she has long nails…as if the dude couldn’t be any worse,” a second user chimed in.

“Honestly if you still like pewdiepie grow tf up. not only is he racist, he’s now apparently mocking a deaf girl on TikTok who is using sign language,” a third added.

Following the controversy, May addressed the incident in a new TikTok video.

“He made a reaction video to one of my TikToks, making fun of my nails, making fun of my signs with his dogs, and, I guess, at one point, mocking my voice,” she told her followers, adding that “it was unnecessary” of him to do so.

May, who has 6.2 million followers on TikTok, added that her purpose was to show that people who use sign language also have long nails. 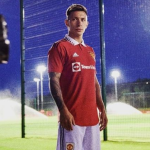 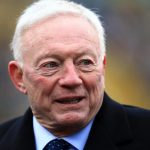 Dallas Cowboys owner Jerry Jones issued an apology statement Tuesday afternoon. “Earlier today I made a reference which I understand may have been viewed as... 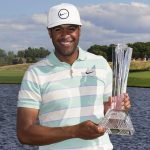