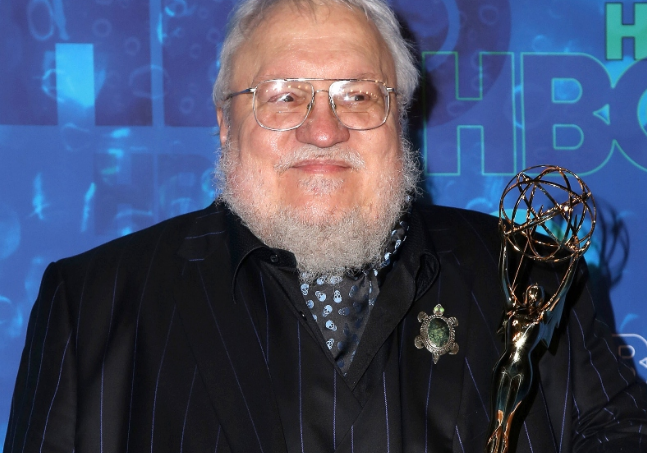 The new “Game of Thrones” spinoff show “House of the Dragon” had its premiere in Los Angeles on Wednesday night, but George R. R. Martin was not there.

At the premiere, HBO and HBO MAX’s chief content officer, Casey Bloys, told the crowd, “I was going to begin today by presenting George RR Martin and telling you how wonderful it feels to have him with us on this journey.” “George ended up getting COVID-19 at Comic-Con, so he can not be here. I believe he is fine, so there is no need to worry.”

George R R Martin Got COVID At The Comic-Con

Bloys continued, “I wished to express to you quite a delight it has been and how fortunate we are to receive the person who built this world alongside us on this trip.” “He has done a great job.”

George R R Martin talked about COVID-19 directly during the show’s Comic-Con panel last Saturday. He claimed that he would have been careful and kept his distance from people during the pandemic. George R R Martin claimed that he had spent so long at his residence in Santa Fe, New Mexico, and had decided not to visit the set of “House of the Dragon” while it was being made.

George R R Martin also said that he is concentrating on finishing “The Winds of Winter,” which is the long-awaited and supposedly penultimate book in his “Game of Thrones” series.

Martin said at Comic-Con, “You might not know this, but I am writing this book, and it is a tiny bit late.” “I do not think I will go to a shoot location or do anything else until I complete that book and send it to the publisher.”

The co-executive filmmakers and co-showrunners of “House of the Dragon,” Ryan Condal and Miguel Sapotchnik, then took the podium at the premiere. The two talked about the show’s pilot, which Condal had written and Soptochnik had directed.

Matt Gaetz Is Being Investigated For Committing Sex Crimes