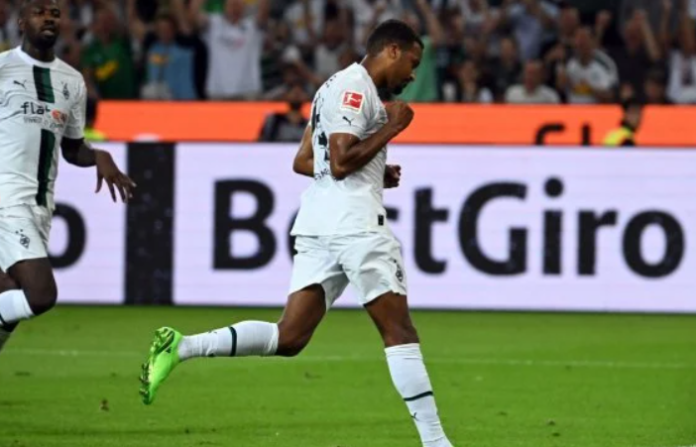 A first-half penalty by French forward Alassane Plea sent Borussia Moenchengladbach to the top of the Bundesliga with a 1-0 win over Hertha Berlin on Friday.

However, their stay at the top will likely be brief with champions Bayern Munich and Borussia Dortmund, both with a perfect six points from two matches so far, still to play this weekend.

“I’m really happy with the 1-0 win. We created a lot against a compact Berlin side,” said Farke.

“For us every point is worth its weight in gold.”

Plea had already rattled the woodwork in the opening 10 minutes to give Hertha an early warning.

It was Plea who then opened the scoring after 35 minutes, converting a penalty awarded when Maximilian Mittelstad was penalised for handling a cross from Lars Stindl.

The goal was tough on Hertha keeper Oliver Christensen who had pulled off a succession of impressive early saves.

For 29-year-old Plea, it was his first goal of the season.

Hertha’s Dodi Lukebakio and Wilfried Kanga both had shots on target in the opening 45 minutes without success.

The Berlin side were reduced to 10 men in the 70th minute when Filip Uremovic handled the ball in the area and the Croatian centre-half was red-carded.

However, instead of Plea, this time Jonas Hofmann stepped up to take the spotkick which was comfortably saved by Christensen.

Despite a second defeat of the Bundesliga season, Hertha at least were relieved to see Marco Richter back in the match-day squad just five weeks after being treated for testicular cancer.

Dortmund, who were in second place at the start of this third round of matches, face Werder Bremen on Saturday.

$4000 Stimulus Checks For These 3 States

‘In the Heights’ disappoints at box office debut