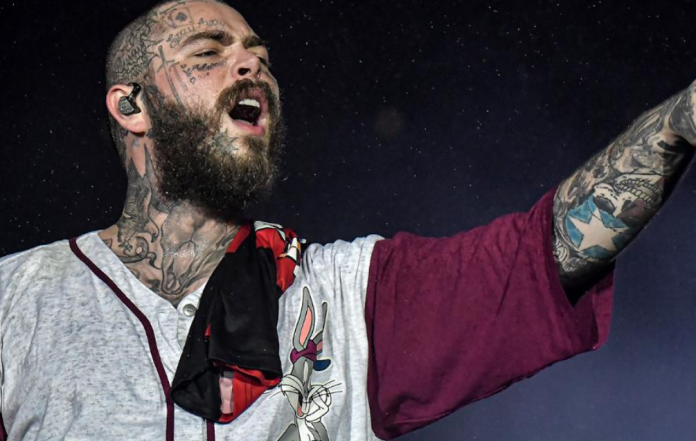 Rapper Post Malone reportedly crashed during St. Louis performance on Saturday, breaking his ribs in the process, according to the management.

“I appreciate each and every one of your kind words. Thank God @postmalone didn’t break three ribs last night “Dre London, the his manager, posted a message on Instagram on Sunday. “After the concert, we went to the hospital for X-rays, and they said he had injured his ribs!”

Post Malone slipped and collapsed while playing at the Enterprise Center in downtown St. Louis.

According to concertgoer Tana Cantrell, the disaster happened after an hour on the set.

From my vantage point at the time, Cantrell said, “it seemed like he simply fell on stage, holding his chest.” “I knew this was bad when I saw how much agony he was in just looking at his face and physique. The ache made his legs tremble.”

When they lowered his instrument, “there was a hole in the stage that he had fallen through,” Cantrell continued. “They did not get the floor put back up in time.”

The rapper was praised by Dre London for wrapping up the performance “in classic Posty manner.”

In a video that was also uploaded on Dre London’s Instagram on Sunday, he expressed regret and thanked his supporters.

Bitcoin Struggles To Stay Above $42,000 At Weekly Close

The federal stimulus checks provided support to millions all through the pandemic and sustained the economy even as the world slipped into an inevitable...