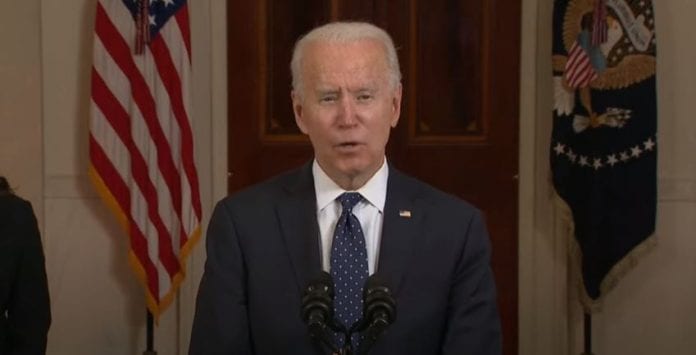 President Joe Biden has hit out at the Republican proposed legislation aimed at restricting discussion in the classroom about gender identity and sexual orientation in the schools of Florida. He branded the proposal as a ‘ hateful bill’ and said told young people that they have his full backing for what critics have branded as the Republican ‘Don’t Say Gay’ bill. Supporters have said that the Florida bill was linked to parental rights.

The Republican governor of Florida Ron DeSantis signaled his backing for the Florida bill. He informed reporters that several schools were into discussions about gender identity without the consent of parents.

DeSantis said that schools should be teaching their students to read and write and teach their history, science, civics, and their understanding of the American constitution; things which he said made the country unique.

He said that such schools were hiding matters from the parents and ‘injecting’ concepts about a choice of gender. He believed that it was happening in large numbers and he did not support it.

DeSantis admitted that he has not gone into details of the Florida Bill, but said that parents need to be informed in cases where children are taught stull like gender ideology.

The bill has been officially termed the Parental Rights in Education Bill. The bill states that schools should not encourage discussion related to gender identity or sexual orientation at primary levels. It should also not involve students in manners that are not developmentally appropriate or age-appropriate.

If the Florida bill is legislated into law, parents will have the power to sue schools that they think are violating the terms of the bill.

Critics have said that DeSantis is committing to an agenda of monitoring and censorship by several measures including electronic surveillance of teachers, banning books, white-washing history, even permitting the government to dictate health care decisions to citizens.

Man City Waiting To Win Over The Champions League This Year

Gavin Newsom Faces A Recall For His COVID Performance

Jam-Dex To Be Airdropped By Jamaican Central Bank