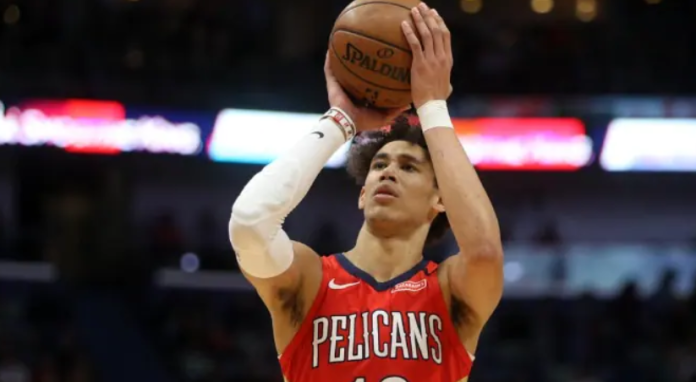 The officers were responding to a 911 call in LA’s Woodland Hills area by a cousin of Jaxson Hayes’s girlfriend.

Jaxson Hayes was unarmed and got into an argument after officers stopped him from entering his home. His cousin and girlfriend tried to talk him out of arguing with the officers even as the officers moved in to subdue Hayes.

Jaxson Hayes was detailed on charges of resisting detention after being checked at a nearby hospital for injuries sustained during the struggle. Mark Baute, his attorney said that the New Orleans Pelicans center was back at his Ohio home and preparing for the coming season.

Investigation Conducted On Use Of Excessive Force On Jaxson Hayes

The Force Investigation Division of the LAPD is investigating charges of excessive force applied to Hayes’s neck in the course of the brief struggle. The case has been presented to prosecutors. They have not yet decided on the filing of charges.

An officer was allegedly injured in the elbow during the brief struggle before Hayes was tasered. His girlfriend refused to comment on the incident and has also refused to cooperate in the ongoing investigation.

Jaxson Hayes was drafted in 2019. His father is Jonathan Hayes, a former tight end with the NFL, who was with Pittsburg and Kansas City. Young Hayes was with the Longhorns for a season before going pro.

Despite heightened concerns after Floyd’s murder due to choking by an officer of the Minneapolis police force, the same method was briefly applied to Hayes. He was pinned to his back while an officer applied the force on his neck even as Jaxson Hayes gasped and complained of breathing difficulty.

The taser gun was also used on Hayes which again is a violation of police rules as it should be deployed on the forearm or thigh.

PepsiCo, Inc. Gets A “Buy” Rating From Sixteen Brokerages