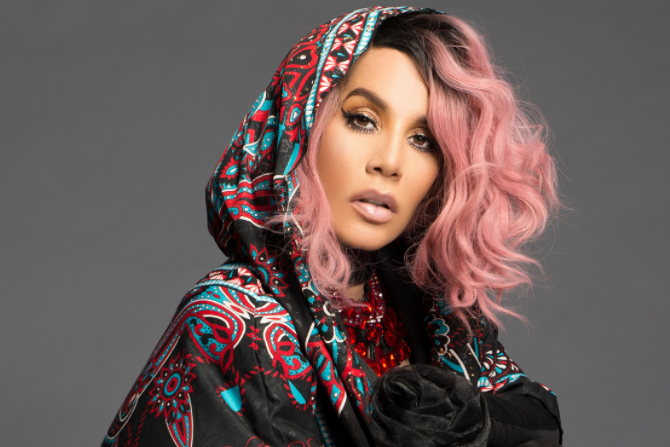 The Latin Grammy Awards enthroned Ivy Queen as one of the pioneers of reggaeton and declared her as one of this year’s ‘Leading Ladies of Entertainment.’ The award is for women who tore down barriers and created their own path in the sphere of music and entertainment.

The iconic Puerto Rican diva is one woman most deserving of her recognition. Ivy opened up a space for women superstars in this mainly urban genre. And with her, Monica Velez, songwriter, Mayna Nevarez, publicist, and Mia Nygren, an executive at Spotify, were recognized.

Latin Grammy recognized Ivey Queen for the significant contribution she has made to the coming generation of female singers. Ivy Queen spoke about the hurdles she tackled when making a mark in the reggaeton scene.

Speaking virtually, Ivy said that reggaeton was marginalized and was controlled by men from the early days. Among women, she was the first who sing reggaeton, and people were initially surprised to see a woman rapper.

It was a constant conflict to establish an identity, says Ivy Queen, but no one was going to take away what she was born with. She realized quite early that she needed to be different and original was what was going to ensure her success.

When Ivy Queen first started, she had a lot of disadvantages going for her. Everything about her became an ‘issue,’ her nails, colorful hair, her baggy outfits, her looks. It was as if she had to please others and to do that she had to stop making herself happy.

Today, all such ‘issues’ are considered aesthetic attributes of women artists of her genre, and not constant criticism, as it was in Ivy Queen’s case.

Ivy Queen tells women starting out in Latin music not to be silenced by opinions. She says that they need to constantly break away from traditions and the roles that have been thrust upon them. That would be their legacy.

First images emerge from scene of explosion near Kabul airport