Authorities reported Friday that Renata Voráčová, a Czech tennis player, has joined Novak Djokovic in immigration detention after her visa was revoked.

Renata Vorácová was held when Australian Border Force agents advised her that she needed to leave the country. Officials in the Czech Republic are investigating the incident, but Renata Voráčová has decided to leave Australia.

On Friday, Voráčová told Czech news that being detained felt like being in an action movie.

Meanwhile, Djokovic’s plea for a medical exemption from Australia’s rigorous COVID-19 vaccination restrictions has been extended until Monday. Djokovic, 34, has not acknowledged if he has been immunized against the coronavirus.

Djokovic came to Australia knowing he had all he needed to participate, thanks to the Victoria state government’s approval of a medical exemption. However, the proof did not meet the requirements of the Australian government.

Instead of preparing to defend his Australian Open championship and attempt a men’s-record 21st major title, he will appear in Federal Circuit Court on Monday to contest his visa revocation and deportation.

Even those who have previously criticized Djokovic are now on his side.

Renata Voráčová, a 38-year-old Czech Republic doubles player, has only made it past the first round of the Australian Open in women’s singles once, in 2007. She hasn’t advanced past the second round of the Grand Slam in either women’s or mixed doubles. Before being imprisoned, she had participated in a warm-up event in Australia.

To escape quarantine, arriving tourists must have gotten two doses of an authorized vaccination or have an exemption with a real medical cause, such as an urgent ailment, under Australia’s tough COVID-19 legislation.

David Montgomery Rejoins Bears’ Practice On Thursday, Could Be On Against Steelers 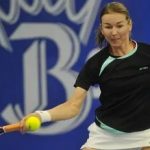 Authorities reported Friday that Renata Voráčová, a Czech tennis player, has joined Novak Djokovic in immigration detention after her visa was revoked. Renata Vorácová was... 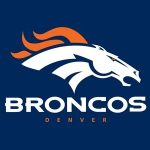 Broncos Will Play Against The Chiefs In Week 18

On Saturday, the City Chiefs quarterback Patrick Mahomes will try to extend his winning run in Colorado. Mahomes will make his fifth career start... 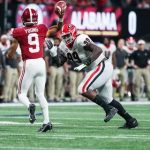 The College Football Playoff national championship game is an all-SEC affair. On Monday at 8 p.m., No. 1 Alabama (13-1) will meet No. 3 Georgia... 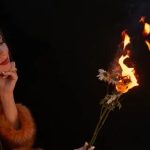 Julia Fox and Kanye West met in Miami on New Year's Eve. Julia reportedly stated that they connected instantly on their first meeting. The fling... 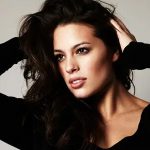 Ashley Graham And Justin Ervin Are Now Parents To Twins

Ashley Graham has welcomed twin sons into the world. The 34-year-old model announced that she gave birth at home on Friday morning and that...