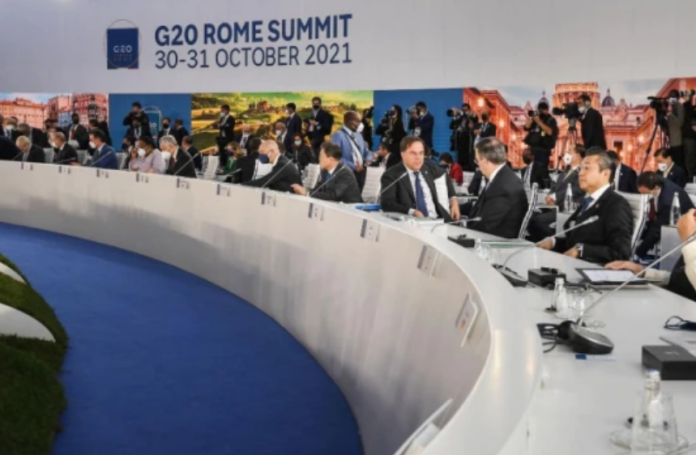 The G-20 Rome Summit drew to a close with American President Joe Biden asserting that things were under control. In a message directed both at the domestic audience and the world, he took a hit at China, Russia, and the Saudis for doing little about climate change.

He outlined his overall efforts as he talked of the $900B set aside for a push towards renewable energy that will be voted through next week by Congress. He also set in motion measures to smoothen the supply chain by streamlining the ports.

Biden has also made plans to rein in inflation, while he builds an economy supportive of workers with higher pay. World leaders at the Rome Summit were willing to trust him on the diplomatic front.

But at the Rome Summit, he expressed his inability to convince the three nations to agree with the international community for a limit to carbon emissions along with a gradual shift towards renewable energy.

At the Rome Summit news conference on Sunday, the President outlined his faith that politics is inherently personal, and asserted that progress at the concluding Rome Summit was achieved through direct interaction between world leaders.

The President retained his optimism despite the challenging circumstances at the summit. He also expressed his optimism that recalcitrant senators Manchin and Sinema were along with him in the $1.75T package for funding health care, renewable energy, and support for families.

The president also came away from the Rome Summit with commitments from fellow world leaders for a minimum tax globally to stop companies from avoiding tax by assigning profits to offshore countries with lower rates.

He also announced fresh funding for shipping and ports. He also committed to a summit in 2022 on supply chains.

Mayim Bialik Will Be The First Guest Host Of Jeopardy