Singer Selena Gomez has recently added a large piece of creation to her collection of tattoos. And it could be her largest one so far. And the new one is unlike any of her subtler ones, like the ‘4’ inscribed on the inner part of her arm, or ‘sunshine’ scrawled gently on the right foot.

Selena Gomez’s back artwork is hard to miss and is quite intriguing. The B&W picture was released by Bang-Bang Tattoo of New York. She is facing away and has a dark coat tossed over her body. Her parted hair falls down her shoulders and reveals the new creation.

The tattoo on Selena Gomez’s back is too blurred and distant to give an open interpretation. The picture had fans pouring out their questions and giving their interpretation of the tattoo.

Fans Have Their Own Interpretation Of Selena Gomez’s Tattoo

Fans gave their interpretations, which include a hanging creeper, a face, or a sopping rose, or a heart. It would go well with the jagged lines snaking down her back.

The enigmatic tattoo, that originates at the lower part of Selena Gomez’s neck and snakes down close to halfway down the back, is her 16th tattoo. She had earlier had etched hands joined in prayer, rosary beads etched on her thigh, and a holy verse on the right hip.

This strengthens the fan interpretation that her latest tattoo depicts a flaming or bleeding heart. It is a common Christian symbol that symbolizes heartache and pain. 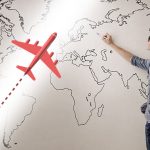 The Lost Stimulus Check Can Be Found Again

The first stimulus checks were issued in March 2020 to save the human race, people were dying out of hunger, and drowned in debt...

Rather Than Waiting For Stimulus Checks Better Get Into Side Hustles

The IRS literally advises people to start side hustles for extra money. Cause the amount of stimulus checks is very little to none. And... 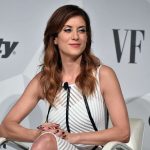 Just like Madeline in Emily in Paris, was glad to be back home in Chicago, Kate Walsh returning to Grey’s Anatomy. Where she gained... 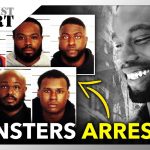 Son Tyer Nichols Demise Made His Family’s Life A Nightmare

A 29-year-old black male Tyer Nichols has been the victim of police brutality. The young man’s life was taken, he left leaving his 4... 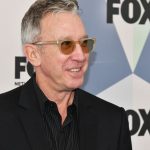