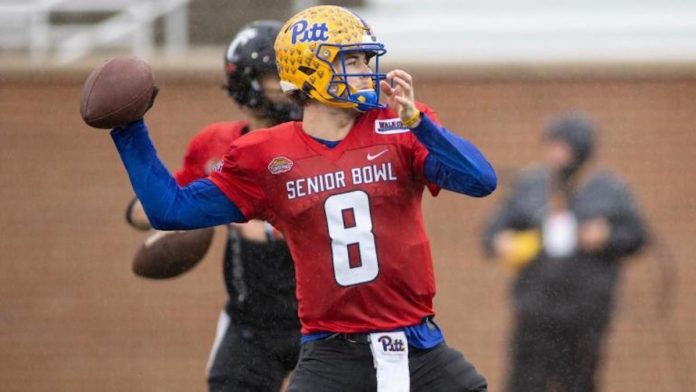 The week of practice coming up to Senior Bowl 2022, on the other hand, delivered the majority of the assessments that scouts would include into their draft evaluations in April.

Senior Bowl 2022’s tournament was plagued by a few unlucky opt-outs, a couple of injuries sustained over the week, and rain that ruined Wednesday’s practice and forced Thursday’s session to be shifted to the University of South Alabama’s indoor facility.

However, the Senior Bowl had a solid bunch of talent, particularly a group of defensive linemen who put their best foot forward.

All of the quarterbacks in the event, including Liberty’s Malik Willis, had ups and downs throughout the week. He possesses appealing qualities, but he is far from a finished product. In time, whoever picks him might have a star on their hands.

Several commentators have labeled UNC quarterback Sam Howell as an uninspiring quarterback. Regardless of strategy, Howell brings a lot to the table that NFL clubs will enjoy and be able to work with.

On Day 1, Cincinnati’s Desmond Ridder fumbled a snap and missed many throws. On the other hand, on Day 2, he was perhaps the greatest quarterback on the field. He’s still a quarterback who needs to find and maintain consistency while building on a solid foundation of skills.

After a fantastic effort on Saturday, Perrion Winfrey, DL, Oklahoma, was voted the Senior Bowl 2022 MVP. Winfrey got a couple of sacks and his demeanor on the sidelines surprised Senior Bowl Director Jim Nagy.

SDC Stock Demoted To A Rating Of ‘Sell’, After Negative Equity Returns

The House Of Dragon And Everything You Should Know About It

Infrastructure Bill Proceeds In The US Senate