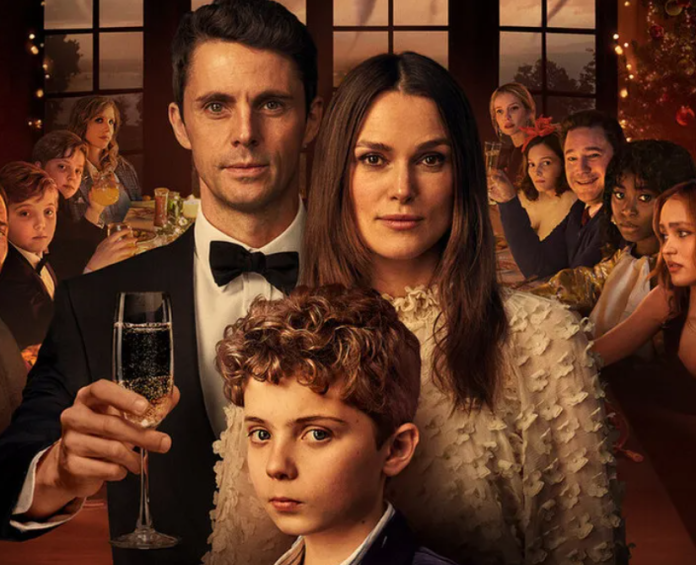 The trailer of Silent Night is out.

Keira Knightley and Matthew Goode play the parents Nell and Simon, who are preparing for their unavoidable deaths caused by deadly noxious gases by throwing a final Christmas Day bash with their friends and kids in the English countryside. This is how the trailer for the comedic horror, Silent Night plays out.

How The Trailer Of Silent Night Plays Out

We see the group of friends trying to make the best of their last day on the planet. Simon and Tony rob a gas station and drink a lot. They get dressed up in their finest outfits while Nell is seen partying up. She dances as if she had no worries and gives a great toast to her loved ones, celebrating their life.

There is still plenty of chaos even though civilization is ending.

A guest at the table speaks up at the table and says that they should be honest with the kids and tell them exactly the reason behind their impending deaths.

Nell explains to her terrified and anxious son, Art, that these gases will kill everyone that is alive. Art becomes rebellious and confused and chooses to run away which brings in more tension to an already depressing night.

This marks Griffin’s first feature film and the first time that Silent Night writer and director has worked with her son, Griffin Davis.

Silent Night arrives just in time for the holidays on December 3, both in theaters and streaming exclusively on AMC+.

Bitcoin Analysts Hope For A Higher Low Price This Week

Stocks 2021 and the reopening trade: Sectors to look at as the economy starts...