Home Top Stories Gabby Barrett Steals The Stage With “The Good Ones” At The CMA... 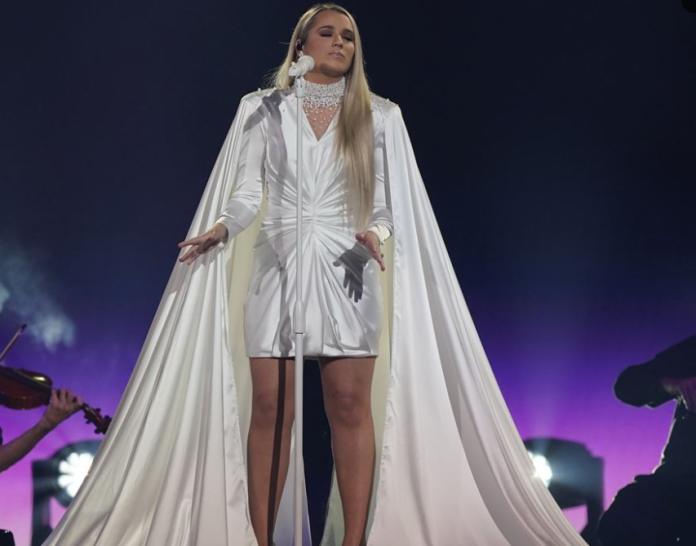 Gabby Barrett got on the stage on Wednesday and delivered her top hit, “The Good Ones” at the 2021 CMA Awards.

The performance was introduced by Luke Bryan, Katy Perry, and Lionel Richie. Gabby Barrett was joined by a string quartet onstage, along with her husband Cade Foehner, who provided backing vocals for the soothing delivery.

Gabby Barrett Gets 2 Nominations For Her Massive Hit

“The Good Ones” was released as the second single in her career and was a follow-up to her No. 1 debut song, “I Hope”. The song was inspired by her husband whom she met while they both were contestants on the show, American Idol.

Gabby and her husband welcomed their first child into their family in 2021. The baby daughter was named Baylah May.

In addition to being a performer on Wednesday night’s show, Barrett walked into the 2021 CMA awards as a nominee in 4 categories. Two of the trophies she was up for were the “Song of the Year” and “Single of the Year” and were both for “The Good Ones.”

The Country Music Association held the 2021 CMA Awards at Bridgestone Arena in downtown Nashville. The show, hosted for the first time by Luke Bryan, returned to the venue, which was its home since 2006, after one year at Music City Center due to the COVID-19 pandemic.