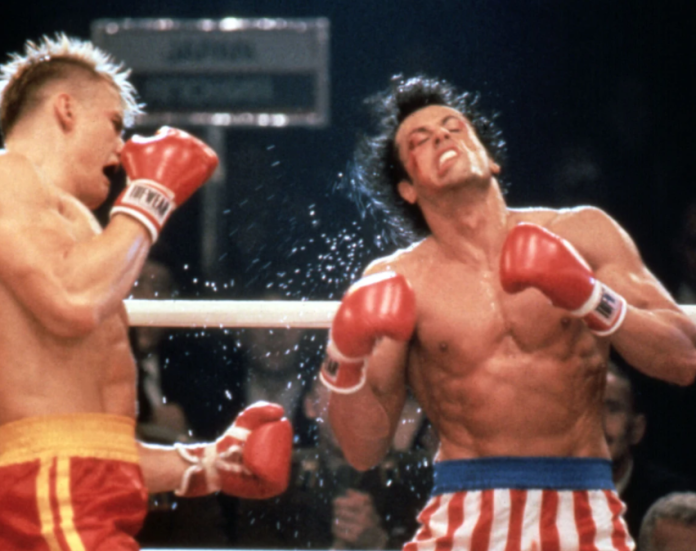 Sylvester Stallone talks about how he made the Rocky IV film in 1985 in a new documentary.

He has released a new documentary, The Making Of Rocky vs Drago By Sylvester Stallone on Youtube and recalled his first day of filming the fight scene with Dolph Lundgren, who played the role of Ivan Drago in the sequel. He was Rocky’s main competitor in the movie.

He described his first day of filming with Lundgren in words and the first thing that they shot was his entrance and the introductions. He got injured, in real, during the fight and how to be flown into intensive care to California from Canada.

Sylvester Stallone said he had encouraged Lundgren, an actor, and martial artist, to show his “dominance” in the scene against Rocky. He stated that he was pulverized by him and did not feel the pain at the moment but later at night his heart began to swell. His blood pressure went up to 260 and he stated that he “was going to be talking to angels”. Later, he found himself surrounded by nuns in an intensive care facility.

Stallone said he stayed in the intensive care unit for four days before returning to film the final fight in the movie. He also revealed that Lundgren’s punch to his chest is what was in the original movie.

Sylvester Stallone encouraged fans to watch the documentary in an Instagram post on Tuesday, writing in the caption, “If you haven’t seen this documentary, you should. If you really wanna know what goes on in the filmmakers’ mind, what really creates the amazing images, and hopefully the excitement …. So watch this documentary, I believe it’s the best one ever done on the subject because you will be there in the moment.

What Matters: The feared pre-election Covid surge is here