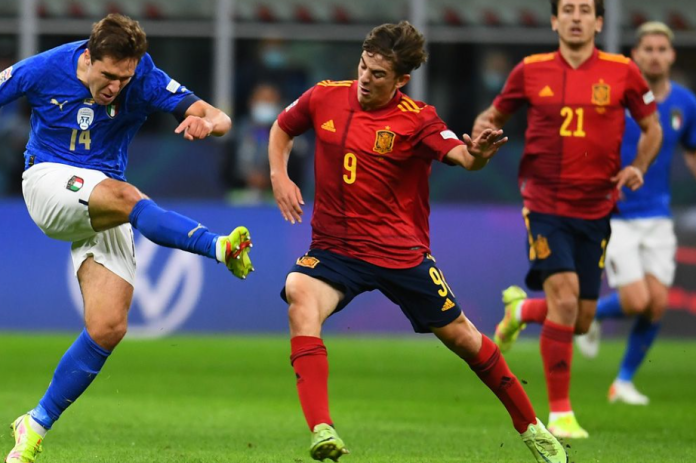 Spain has qualified for the next World Cup in Qatar by beating visitors Sweden 1-0 thanks to a late winner by substitute Alvaro Morata on Sunday.

Spain, who won the 2010 World Cup in South Africa, finished top of Group B with 19 points, four ahead of the second-placed Swedes, who could still qualify through the playoffs in March.

The Coach Had A Say At How Spain Was Performing

Luis Enrique stated that he felt more pressure then than in the Euros. Spain lost to eventual winners Italy on penalties in this year’s European Championship semifinals. They had tried to work a lot on the ental side and were trying to keep things positive. The players had responded well and Luis was extremely proud of them.

Morata struck in the 86th minute when he cleverly lifted the ball over Sweden goalkeeper Robin Olsen after Dani Olmo’s fierce long-range drive came back off the post into his path.

Spain, playing in front of 52,000 fans in the sold-out La Cartuja Stadium, had never lost a home game in World Cup qualifiers and kept their record intact in Seville.

They had only ever lost 4 of 52 games in the city.

It was a nervous affair and although Spain dominated play, the Swedes created the best opportunities through the dangerous Emil Forsberg and Alexander Isak on the counter-attack.

After playing the full 90 minutes in Sweden’s 2-0 loss to Georgia on Thursday, Zlatan Ibrahimovic started on the bench and made little impact when he came on for the last 20 minutes.

The game looked to be heading for a draw, which would have been enough to take Spain to the finals when Olmo’s stunning strike rebounded off the woodwork to Morata, who had come on just before the hour mark, and he calmly put the ball in the net.

It will be Spain’s 16th appearance in 22 World Cups and the last time they failed to qualify was in 1974.

Joanna Gaines On How Motherhood Helped Her Change

Ron Watkins, Alleged Founder Of QAnon, Is Running For Congress

CDC’s new mask guidance as Delta variant and COVID-19 spread, plus a look at...

Nikola Corporation (NKLA) exchanged 35690696 shares on hands in most recent trading session and observed an average volume with 12051.26K shares. The...

CSX Corporation (CSX) exchanged 19432562 shares on hands in most recent trading session and observed an average volume with 13678.63K shares. The...

Meta Platforms, (META) exchanged 35771864 shares on hands in most recent trading session and observed an average volume with 39113.1K shares....

You Need to See this stock? Barrick Gold Corporation (GOLD)

VOLATILITY ANALYSIS: Volatility remained at 2.58% over last week and shows 2.82% volatility in last month. Market risk that established with...

VOLATILITY ANALYSIS: Volatility remained at 16.45% over last week and shows 16.88% volatility in last month. Market risk that established with...