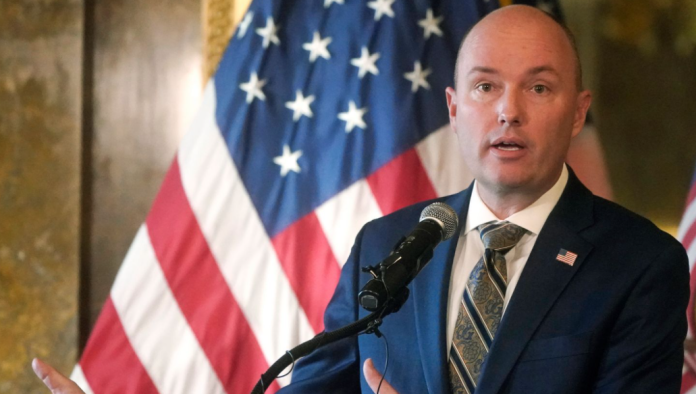 Spencer Cox, the Governor of Utah, pledged to veto the proposal that was amended recently and was passed by the State legislature. This proposal was passed this Friday and does not allow girls who are transgender to be a part of any sports team which is associated with sexual identity.

In the words of Spencer Cox, their entire fraternity cares about the female players of Utah and the LGBTQ+ dedicated community. In his Facebook post, Spencer Cox condemns this decision and said that they are with all those players who have been hurt by this decision and they will try their best to help them pass this hard time. He also added that those players can reach out to them in case they need anything.

According to the legislation, there is a prohibition that a male cannot compete with female students and defined ‘sex’ as the physical or biological condition of being a female or male which is sought out by anatomy and genetics. Legislations that are similar to this one have been supported by Kim Reynolds and Kristi Noem.

In the words of Kim Reynolds, this proposal is very important as it is only fair for girls to play in a girl’s team and there must be no biased and immoral actions that will affect the existing player’s success. However, there are numerous critics that have said otherwise and have argued that this decision has been completely unfair to the students who are transgender and are good in sports.

The proposal was rejected by the State Legislative Director of Human Rights Campaign, Cathryn Oakley which was followed by Spencer Cox. The decision of Spencer Cox to stand against the legislation that is unfair for the trans community, people praises him for his stand. Lastly, in the words of Oakley, the students who are transgender are just kids and they must not face any inhuman attack that makes them feel small in regard to their sexual identity.

Better.com CEO Who Fired Hundreds Of Employees Over Zoom Is Doing Damage Control

Coronavirus Vaccines, Can They Be Safe for Pregnant Women?