Stacey Abrams, the Georgia gubernatorial candidate for the Democratic Party, has revealed that she held anti-abortion views that were shaped by her faith. That changed when she joined college and the world opened up to her.

Stacey Abrams has promised to change the laws on abortion in Georgia if she is elected to office. Democrats view the issue as a strong election plank and have mobilized opinion over the issue.

Abrams had been strongly pro-life till her perception of the issue changed after she joined college. She says that she realizes now that one’s faith should not force anyone to inflict her views on this issue on others.

Stacey Abrams says that she remained anti-abortion in her views till she started having discussions about the issue. She says she then got to know the truth about abortion care and reproductive care.

It led to a different perception of abortion, highlighting the vital role that the legislature can play in it. Stacey Abrams insists that it is about health care and about a fundamental right of a woman to retain control over her body. She says it is solely about a human being’s right to perceive and plan for her future. She feels that she mustn’t impose the belief systems that have grown in her as a result of faith.

Stacey Abrams Will Use The Abortion Issue In Her Campaign

Stacey Abrams is taking on Brian Kemp the GOP gubernatorial candidate in the midterms in November as he goes for a second term in office. Other candidates in the fray are Shane Hazel, the Libertarian candidate, plus independent candidates President R. Boddie and Elbert Bartell.

Stacey Abrams has made her views clear when queried about abortion staying legal in her state. She said that the mainstream electorate was against the law. She called it dangerous and extreme and would affect women in every economic and social spectrum.

A 2019 law signed by the Republican Governor emp bans abortion after 6 weeks into a pregnancy. It is around the time a fetal heartbeat is detected. most women rarely realize until 6 weeks that they are pregnant when it comes to unplanned pregnancies.

Glenn Youngkin Wins Nomination For Governor Of Virginia From GOP

Trump Floats Delaying Election Despite Lack Of Authority To Do So

Donovan Mitchell, a three-time All-Star guard, was sought extensively by the Cleveland Cavaliers, who eventually acquired him in a trade with Utah Jazz on... 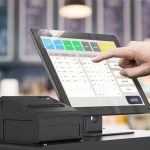 Why a Point of Sale System Is Essential for Small Businesses

A point-of-sale (POS) system is a must-have for any small business. If you're looking to boost revenue and efficiency for your business, you may... 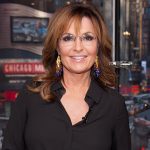 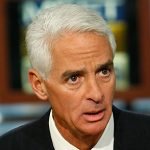 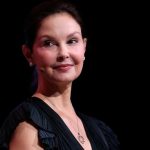