Star Wars Visions trailer has been released. The trailer was a much-anticipated one. Ever since the announcement of the movie, fans have been eagerly waiting to have a sneak peek. Finally, the long wait for the fans came to an end. The trailer of the latest movie of the Star Wars franchise has been dropped. If the first impressions are to be believed, the trailer is set to take away the breath of all the fans. Disney’s trailer of the film was packed with action. The trailer itself spiked up the hype about the film. Let us take a trip along with the trailers to explore more about the upcoming movie.

Star Wars Visions Expected To Be An Action-Packed Hit

The latest trailer of the Star Wars movie has been launched by Disney. The trailer is almost two minutes long and it promises a lot. The trailer portrays some mind-blowing action sequences. Not to forget the stylish videography merged with a flair of the thrilling storyline. The trailer has been viewed multiple times by fans.

The latest edition of the Star Wars movie will be an animated affair. The trailer promises to present the fans with an intriguing storyline. Star Wars: Visions might be the movie that will drive the Star Wars franchise in a new direction.  The movie will feature several animated takes compiled together. Seven shots in total have been filmed from nine different studios.

Star Wars Visions will be voiced by Temuera Morrison, David Harbour, Lucy Liu, Neil Patrick Harris. Alison Brie & Joseph Gordon-Levitt will also be lending their voices for the film. The movie is set to release on 22nd September. The film could be streamed on the Disney + platform. Both English and the original Japanese version of the movie will be available.

Biden Chooses Marty Walsh For The Post Of Labor Secretary

August Pfluger, The Representative On The Migrant Situation

The Majority Of Cardano Investors Are In Grave Danger 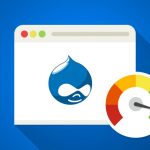 Barcelona manager, Xavi Hernandez, has met with Gerard Pique and has told him that he will not be called upon at the club, starting... 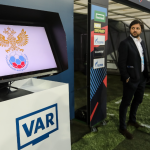 VAR Offside Tech Will Be Semi-Automated For Qatar

The IFAB has stated that AI-driven semi-automated offside technology is on the way for the World Cup in Qatar. The time taken to make an... 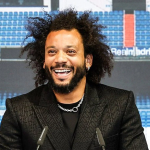 Marcelo bid Real Madrid an emotional goodbye as the most decorated player in the club’s history but insisted he has no plans to retire. Marcelo... 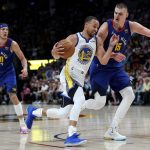 Warriors Win The High-Stakes Games By Any Means Necessary

Warriors prevailed in Game 5, 104-94 and now stand one win away from capturing their fourth title in eight years. The 2022 NBA Finals have...