Jamal Adams and the Seahawks negotiated an extension deal on the contract. According to Ian Rapoport from the NFL Network, Jamal Adams would be signing a contract extension for a term of 4 years, which stands as $70 million. This would make him possibly the highest-paid for safeties in the NFL.

Jamal Adams has been a part of the Jets nearly all of his career, which began when the Jets took him during the draft overall sixth pick in 2017 until 2020 July. This was when he was traded by the Seahawks for a huge deal.

This was a huge ask since Jamal Adams had not signed a deal for the long-term yet, but Adams was surely worth the risk. Being on the field, he is never short of performing like a true star. He holds a record for single-season sacks by a defensive back with 9.5. This is an impressive achievement since he played through the matches with a plethora of injuries. An injury to his groin was the reason for him missing four matches, he also suffered injuries on both his shoulders, a couple of broken fingers, also an elbow getting hyperextended.

Jamal Adams Worth The Money And The Risk

Jamal Adams played most of the season riddled with injuries, and despite missing a few matches, he managed to set a record. This achievement is nothing short of fabulous and spectacular. This resulted in him having to get surgery done on one of his shoulders and fingers during the offseason.

According to statements from Rapoport, Jamal Adams has been out of the training ground and practice while negotiations for the deal were in progress. This has allowed him to recover to full form and return to the pitch as the star that he is and prove his worth. The time taken off from the field would prove beneficial in this regard.

Mike Pompeo, The American Secretary Of State,  Accused The VOA Of Demeaning America 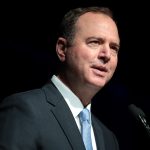