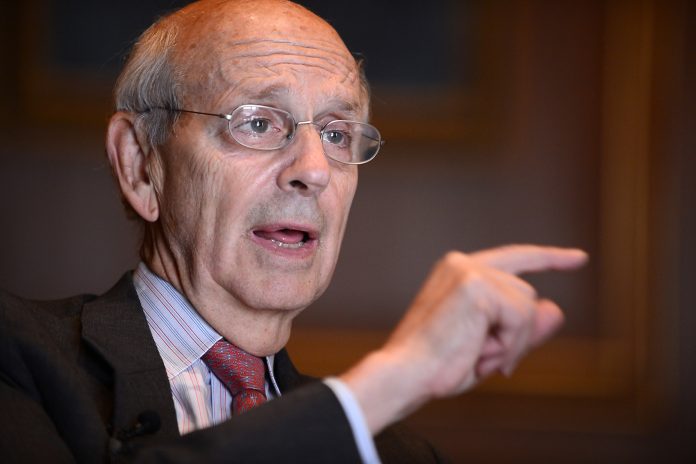 Justice Stephen Breyer of the US Supreme Court will stand down officially on Thursday paving the way for Ketanji B. Jackson to begin her term as the 1st ever Black woman to take over. Breyer had declared his intention to retire in January. He wrote to the President confirming his decision to leave the highest court as the current term concludes on the last day of the month.

Stephen Breyer wrote that the Court announced that it would pass over all opinions that remain during his term. As such his departure from service will become effective at noon on the last day of June.

Stephen Breyer wrote that it was an honor to be a judge in his determination to maintain the rule of law and protect the American Constitution.

The liberal was chosen to be the highest court in the land by President Clinton in 1994. He departs at a difficult time even as the conservatives have a majority on the Supreme Court and have been blatantly favoring the Republicans and right-wing views and positions. It includes revoking the 50-year-old abortion right and the expansion of religious rights.

President Biden honored Stephen Breyer in March during his State of the Union address. He honored Justice Breyer who had dedicatedly served the nation in multiple roles, as a veteran, a Constitutional scholar, plus finally as a retiring Judge of the SCOTUS. He thanked Stephen Breyer for his service to the nation.

Infrastructure Bill Could Be Derailed By Democrats’ Divisions