Hyperinflation, which is now expanding and getting worse all over the world, affects nearly all of the major economies, especially those in the US and Europe. The current wave of rabid inflation, which has significantly reduced our level of living, is a direct outcome of the very permissive and at the same time extremely dangerous financial policy adopted by various central banks.

Lawrence Summers, the former chief US Treasury secretary, issued the first warning about the Federal Reserve’s QE and the Biden administration’s generous fiscal stimulus spending to revive the pandemic-devastated US economy.

The greatest positive outcome of the pandemic stimulus checks is that they avoided a serious recession in the United States. Early on in the outbreak, there was a palpable sense of panic. As the unemployment rate spiked to 14.8 percent between January 2020 and March, the lowest level since records started in 1948, the Dow Jones Industrial Average fell by a startling 37 percent in just over a month.

Without quick action, the financial repercussions may have been disastrous. Summers issued a warning over a year ago, indicating that there is a 1/3 probability that the US economy would experience a recession by the end of 2022 and that the US government’s spending spree will lead to growing inflation. His severe warning was ignored by the White House, which stubbornly insisted that inflation would only be transitory. The objective is to keep spending because if consumer spending stalls or stops, companies will respond by firing even more employees, which will only make the recession worse and last longer.

Wisconsin extends stay-at-home order through May 26, closes schools for rest of academic year 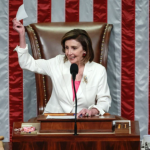