The economy of America has been negatively affected after the onset of the coronavirus pandemic and the decision of the Government to go for multiple lockdowns. The majority of the middle and poor-class people lost their job during the pandemic or had to sit at home without any earnings during the lockdowns. Meanwhile, some advocates, economists, and policymakers found out that a direct form of payment must be immediately given to these needy people.

Impact Of Stimulus Check Payment In The Economy Of America

Following this incident, a budget of $2.2 trillion was allocated for stimulus check payments that started from March 2020. Later on, two more stimulus checks were distributed by the Federal Government one at the end of 2020 and the other in 2021. It was supposed to be a generous response from the financial side to tackle Covid-19 worldwide.

However, even after these checks, the condition of the economy is not improving. Moreover, the prices of basic necessities are rising daily with the cost of living going at its peak. Thus, those same advocates were forced to wonder whether these stimulus checks were a wrong decision. However, as per the data from the Census Bureau’s Supplemental Poverty Measure, approximately 11.7 million citizens have gotten out of poverty by the year 2020 which is a decrease in the rate of poverty to 9.1%.

The rate of poverty also decreased further in 2021 to 7.7%. The policy of stimulus checks also protected employees in this crisis as they are the backbone of reviving the economy of the country. Though in the initial months of 2020 the rate of employment was catastrophic at 14.7%, however, in 2021, the numbers got back with thousands of new job offers.

However, the third and last stimulus check was somewhere responsible for the rise in inflation in the country. Thus, the instrument which was formed to help the citizens posed a greater threat to them.

Tarek El Moussa Has Asked For A New Crew

Al Gross Will Not Compete For Atlanta Elections 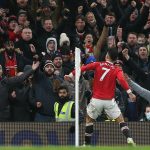 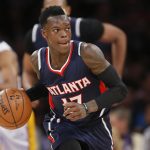 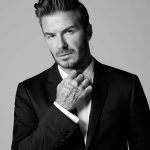