The stimulus checks that are provided to the citizens of the United States of America have been a major source of money for them. It has been provided to them in their bank accounts since the month of March. The Internal Revenue Service, or the IRS, is still occupied carrying out their duties towards the people. The new batch of checks was provided to the people last week. The total amount of the check was 4.2 billion USD. it breaks down to an additional payment of 2.3 million USD.

Stimulus Checks, Another Round

The “American Rescue Plan” had been approved in the month of March. And accordingly, about 169 million stimulus checks had been provided to the people. The total amount of the rescue plan was 1.8 trillion USD. The bill gave away so many important things to the needy. It included round three of the checks, provided for the expansion of the “Child Tax Credit,” and also gave a push to the unemployment benefits. Up until now, the IRS has provided stimulus funds of around 395 billion USD. The stimulus checks have been landed on the people through different means like some have been given out through direct deposit and some through the mail in the form of either debit cards or checks.

The stimulus payments have been issued by the IRS for a total of three months. However, this does not mean that all the people who are entitled to receive it have already got it. In case anybody has not received the stimulus checks, there are some procedures that are to be followed. Nobody will have to pay the penalty for filing their taxes after the deadline if there is no money to be paid to the IRS. And so opting for the return’s submission can be the only way to receive the funds that one is to receive.

Jennifer Aniston Admits Jenifer Lopez To Be Her Inspiration

Chicago Fire is all set to launch its tenth episode. The series is an intriguing story involving firefighters and paramedics. The show focuses on...

Survivor Season 41 has been on the air for quite some time now. Survivor is a reality show having grand prize money. Groups of... 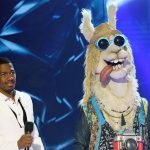 Masked Singer has premiered its sixth season. This was a much anticipated season right from the word go. This season has very high expectations... 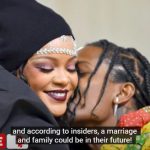 While Rihanna and A$AP Rocky’s relationship continues to go from strength to strength, a source just revealed that the two are very much on...