Subaru WRX has launched its new WRX. The new launch is expected to be the company’s fifth-generation release. The model has been named the 2022 Subaru WRX. It is a high-tech racing car from Subie’s. The design of the car does not differ much from its previous models. However, the company has stated several upgrades. The new edition comes with a refreshing style. The engine has undergone a major upgrade. According to the specifications disclosed, the new beast will boast a bigger engine. This upgrade will make the upcoming models more powerful than their predecessors. The Subaru WRX also comes with a better-tuned suspension system. It ensures a smooth and comfortable driving experience. One of the main highlights of the company is its recently developed high-end safety measures. The car will also include an exclusive cabin from Subaru’s.

Subaru WRX Promises To Be A Beast

The WRX has already instilled a lot of excitement among the fans. There are several reasons to be excited about the upcoming release. If the spec sheet is to be believed, the car will be a huge hit. Design Wise there might not be much of an upgrade. However, the subtle tweaks designed by the company will surely leave car enthusiasts enthralled.

The Subaru WRX comes with a stiffer chassis up to 28%. This is a significant leap from the previous generations. With the molding points of suspension upgraded by 75%, the car enjoys a low gravitational center. This mechanism helps the machine to provide a more stable level of suspensions. Stable suspensions would come in handy while driving on a bumpy roadway or in case the tires rummage through gravel paths.

Subaru WRX surely promises to be one of the cars to look out for. With a wider design & powerful engines, the car is set to take the market by storm. It now remains to be seen how the public will respond to the upcoming new beast. 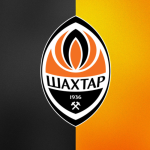 Shakhtar Donetsk will be allocated a group stage spot in the next Champions League after Villarreal was eliminated in the semifinals on Tuesday. Amid so...

Liverpool has been playing like a well-oiled machine throughout this season. Jurgen Klopp has transformed the team most miraculously. LFC was always a reputed... 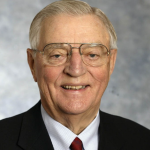