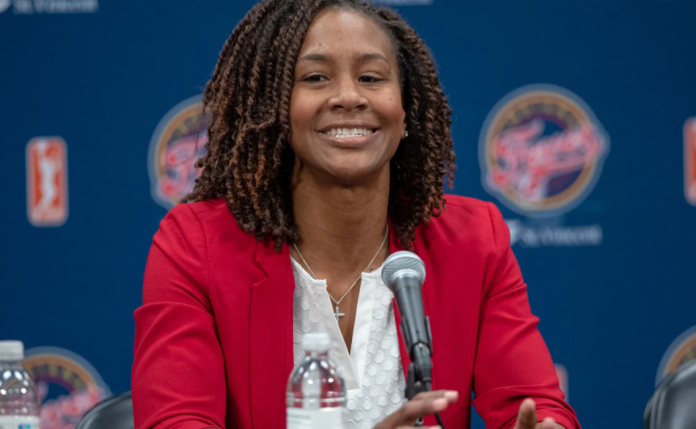 Tamika Palmer, the mother of Breonna Taylor, recently met up with officials from the Department of Justice’s Civil rights Division. She then brought up the topic of the investigation into the fatal shooting of her daughter during a botched raid of the police in 2020- after which she wanted federal charges to be brought against the officials that were involved in the incident. At a news conference after the meeting, Palmer stated that she was meeting up with the DoJ to do to the right. She believes that if no one were to address the issue, the police would have no constraints in breaking and shooting people.

Sunday marked the two-year anniversary of the death of Tamika Palmer’s daughter, Breonna Taylor. The 26-year-old was shot and killed by the police at her own apartment in Louisville, Kentucky in March 2020. Her death then went on to spark major protests throughout the country. Palmer mentioned that time had passed for the nation. But as the mother of the deceased, she was still stuck on the 13th of March, 2020. She couldn’t understand how and why people were asking her to move on- if that was at all possible.

One of the officers involved in the death of Tamika Palmer’s daughter, Brett Hankison, was previously charged with wanton endangerment. The officer had fired 10 bullets into Breonna’s apartment, but he was subsequently acquitted by a jury just this month. The cop was nonetheless suspended by the Louisville Police Department back in 2020.

$1,050 Stimulus Check Will Not Be Given To Senior Citizens

Stimulus Check News: Things To Remember About These Checks