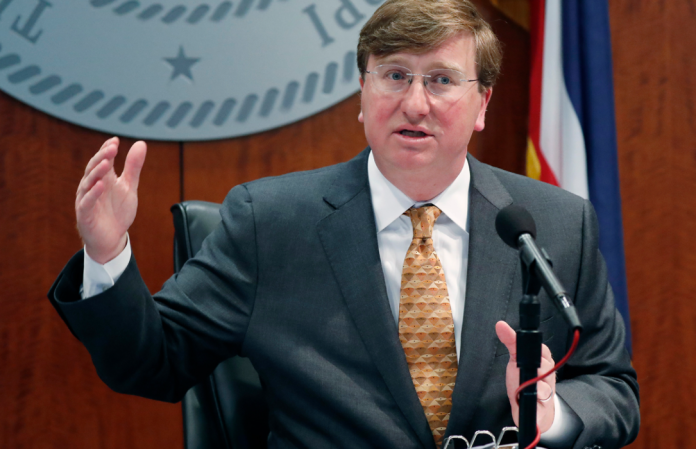 Tate Reeves, the Mississippi Governor, recently signed a bill that has been described as a prohibition on critical race theory. This means that the state will be the latest Republican-controlled state that would legislate how race and history should be taught in schools. Reeves, naturally a Republican, recently posted a video of him putting his signature on the bill, where he stated that CRT or critical race theory was running amok in most of the schools in the country. It, according to him, threatened the integrity of education and was solely aimed at humiliation and indoctrination. And this was why Reeves had signed the deal to keep CRT out of the classrooms of Mississippi.

The Mississippi Governor signed Senate Bill 2113- which forbade the public schools in the state from forcing students to agree that any race, sex, ethnicity, national origin, or religion was inherently superior or inferior. The bill also did not mention or provide any definition of critical race theory. Also, it doesn’t ban the educators from teaching any subject matter that they deem prudent.

With the Mississippi Governor signing the bill, the state has now turned into the 15th state to pass such a law- which was reported by Education Week. The crackdown on certain teaching protocols about race has now turned out to be a part of a national effort by the Republicans to remove any mention of critical race theory from the school curricula- even when it might not exist in the first place. The movement has garnered the mobilization of most conservative parts and voters- and has also turned schools into the frontlines of a national war on a culture that will lead up to the 2022 midterms.

Chris McDaniel, one of the co-authors of the bill, stated that the Mississippi Governor had done the right thing by signing the bill. In their state, the education department had the thought of teaching their children how to be successful- not feel like a victim.

La La Anthony States That She Will Not Marry Again After A Hard Divorce...