Home Politics The Biden Administration Is Favoring Students, According to Cardona 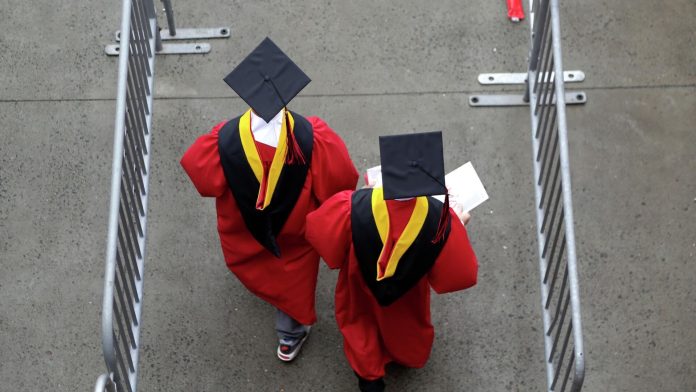 The lightness of repaying the student loan. 41million people are aided by the student loan, and the decision will be declared by the Biden Administration by the beginning of September the old student loan payment method will expire on the 31st of August. The student loan that has been paused in March 2020, and didn’t move since.

The decision will be announced soon and America will witness that. This is the long paused situation that’s going to turn around soon as the administration has decided to fix it and the topic that’s been talked about for a long time, says Cardona.

The Biden administration and Biden’s education department have been working on this to reduce the pressure off of students’ chests regarding repayments. If someone earns less than $125,000 a year, they’ll have to pay less and reduce the payment up to $10,000. Previously in April Biden stated unofficially that they are in the process of reduction of students loan. Hard work of the democratic lawmakers and student loan activists the student is going to be forgiven up to $50,000.

Moving forward Cardona further added regarding the issue of ‘teacher shortages”, and the pandemic has affected this massively. Cardona feels we need to respect this profession. Shortness of teachers or educators is nationwide at the moment. People often forget to give the educators the space and the amount of comfort they need in the workplace, and the amount of support they need from their peers is often overlooked. We need to make sure our educators are being respected and prioritized in the workplace, according to Cardona.

Are You looking For Hot Stock? Mullen Automotive, (MULN)

Mullen Automotive, (MULN) exchanged 5401301 shares on hands in most recent trading session and observed an average volume with 0.0084K shares....

VOLATILITY ANALYSIS: Volatility remained at 10.18% over last week and shows 13.64% volatility in last month. Market risk that established with...

VOLATILITY ANALYSIS: Volatility remained at 20.01% over last week and shows 16.32% volatility in last month. Market risk that established with...

Cosmos Holdings (COSM) exchanged 11680696 shares on hands in most recent trading session and observed an average volume with -0.1424K shares....