The UK and Ireland is home to one of the best horse racing scenes in the world. Profitable, unpredictable and spectacular this sport is massive with the Brits. The racetracks are dotted throughout the 4 nations and the great British public regularly dawn their finest suits and beautiful fascinators for a big boozy day out at the races. With horse racing events throughout the year it might be quite hard to choose which race you actually want to attend. So we have narrowed it down for you and provided you with the best and biggest Horse racing events in the UK.

The oldest race and one of the oldest races in modern horse racing times, the Epsom Derby was founded in 1780 and has been a staple in the British Horse racing calendar since. Steeped in tradition and Royalty this race is a favourite with Her Majesty the Queen. Not only would it be set the name of ‘Derby’ for horse races but this premier flat race has proved pivotal in the advancement of the sport in Britain, regularly proving its worth as one of the best and biggest competitions.

This is the big one in the British horse racing calendar, and indeed perhaps the world racing calendar. The Grand National is an epic 30 fence steeplechase competed on the turf at Aintree. The 40 horse event brings in people to racing and horse betting that would otherwise avoid it, giving them tips to help make better bets and quick racing results for each and every race. From casuals to veterans people huddle round the TV, place office sweepstakes or one-time family bets. You’ll find the national will bring people to wager their only bet of the year, it has that magnitude of effect on the great British public. With many attending the event the atmosphere is electric. Over 150 years of racing has led this race to become ingrained in British culture, clearly cementing it in the biggest and best horse racing events in the country.

This race is enriched with quintessential Britishness. With something for everyone this race has been a staple in the British culture for centuries. Known as one of the best races of the year the Royal Ascot attracts elite celebrities and royalty as well as swathes of punters. The Gold Cup is the main event which peaks the outrageous clothing, merriment and sports betting. This race is perhaps the best place to see the remnants of the very upper class and elite nature of horse racing that existed in years gone by. Regardless, this race provides a spectacle to behold on numerous occasions throughout the year.

The Cheltenham festival is known for its atmosphere and modern spin on an old classic. Chic and cheerful this racing event is more like a music festival and you’ll be blown away when you hear that ‘Cheltenham roar’ at the finish line. Spanned across a 4 day period the festival receives huge amounts of horse betting which saw one lad bag £160,000 from a £2 bet in 2019. The Cheltenham festival displays how horse racing operates in the modern age and attracts a younger crowd. It also shows how horse racing remains intact with its historic ties of tradition and betting. It is quite clear to see that the festival offers a lot to those involved, and must be included on the biggest and best horse racing events in the UK.

Whilst horse racing has many smaller, more quaint and exciting displays of racing available to the punter, these big hitting events are what British horse racing is all about. These events embody the sport and show how horse racing has moved with the times whilst still upholding its important tradition. 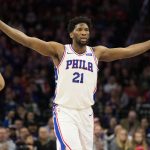 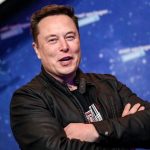