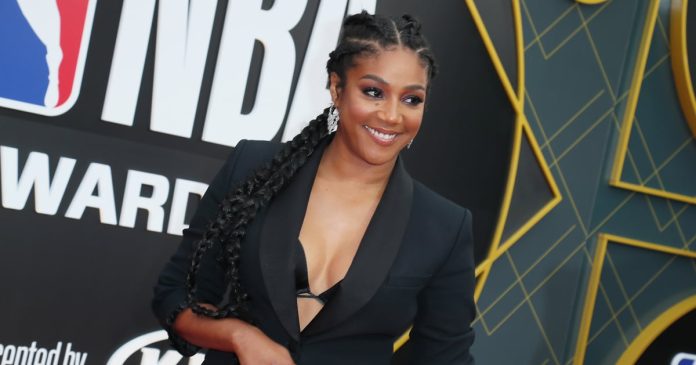 Tiffany Haddish has revealed that she declined a 10 million dollar deal as the endorsement offer made her uncomfortable. “Making her feel like shit,” she says. Cosmopolitan’s latest cover starts for their Travel Issue published on Friday.

Tiffany Haddish admitted in the Thursday cover story that the proposal made her uncomfortable with the deal. She says her soul matters more than the money that was offered and said that she would not do something that hurt her integrity, spirit, and how she would want to look straight at her eye at the end of the day.

Tiffany Haddish Says She Wants To Focus On Her Acting Career

Tiffany Haddish says that initially while acting roles it was the fun element that made her decide. But she now accepts only roles that she says resonates within her soul while allowing her to express her skills.

Tiffany Haddish says that with more roles coming her way, she had the luxury to choose roles more and be picky. She says that it is a battle to get the people that she would want to work with. She says that people still look at her for her talent. But she says that she has also produced and been nominated for awards, even winning trophies.

She said that she might not know how to retain a man, but she is adept at making money. But she still updates her fans on her current dating life. She says that she has been regularly dating and now knows all the fine restaurants. She says that she would be dining in the dark on her next date. She said that she would be having her meal in the dak and the food tastes extra special because you don’t get to see it.

NDAQ Had An Eventful Thursday With Traders Purchasing 3,106 Put Options