The rumors, it appears, were true. Tiger Woods was not only offered a king’s ransom to leave the PGA Tour and join LIV Golf, he turned down approximately three-quarters of a billion dollars to do so.

LIV Golf CEO Greg Norman confirmed this week on Fox News that Woods turned down somewhere in the neighborhood $700 million or $800 million to flip the script on the PGA Tour.

“That number was out there before I became CEO,” said Norman. “So, that number has been out there, yes. And look, Tiger is a needle-mover, right? So, of course, you are going to look at the best of the best. So, they had originally approached Tiger before I became CEO. So, yes, that [offer was] somewhere in that neighborhood.”

Previously, Norman had not confirmed a specific number, only saying that the offer to Tiger Woods from LIV was in the “high nine digits.”

It was recently announced that Tiger Woods has crossed the threshold to become a billionaire, so he didn’t necessarily need another $750 million, it’s still an eye-popping number to not only be offered but rejected. It also would have multiplied his career PGA Tour earnings by a healthy factor.

Tiger Woods Made Money From PGA And Endorsements

Tigers Woods has made $120.9 million on the PGA Tour. All the other money he’s earned has come from off-course endorsements.

It was smart of LIV to offer Woods this much money, and there’s probably not a number too high that it wouldn’t have been worth it for the league as long as its goal is still to upend the PGA Tour and DP World Tour as the preeminent golf tour in the world. The players they need for that to happen — the Justin Thomases, Rory McIlroys, Jordan Spieths and Scottie Schefflers — grew up idolizing Woods. Even if Tigers Woods moving over to LIV didn’t completely convince them to make the leap, it would at least make them think twice.

Tiger, though, doesn’t sound like he ever put much thought into taking the offer. When asked last month at The Open Championship about everyone moving to LIV, he sounded perplexed by the idea, especially considering LIV players currently don’t get Official World Golf Rankings points, which might preclude them from playing in future major championships.

DHR Has Its Q2 2021 EPS Increased By Analysts 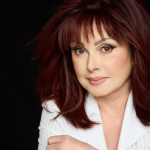 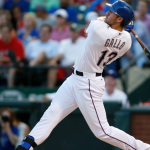 Gallo (and the Dodgers) will hope a change of scenery helps the outfielder regain his swing. As expected, the New York Yankees found a new...

Mark Brnovich, the Arizona attorney running for the US Senate has admitted that his investigation has revealed that found just a dead voter instead...