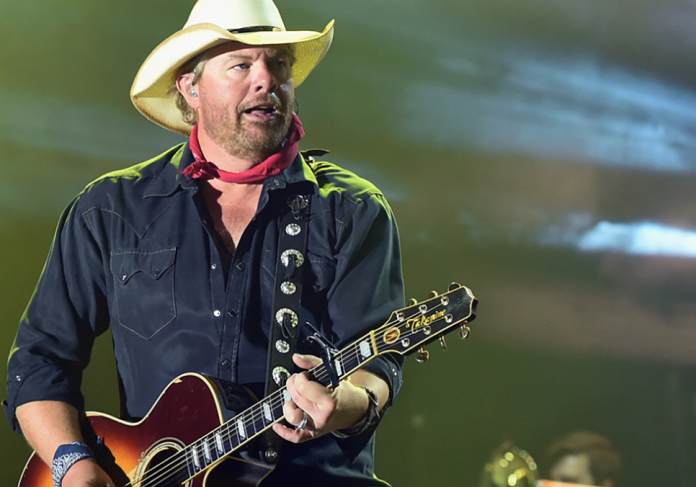 Toby Keith Says He Was Diagnosed With Stomach Cancer.

In a statement posted on his verified Twitter and Instagram accounts, the “Red Solo Cup” singer, 60, said he was diagnosed with the disease last fall and has been receiving various treatments.

Toby Keith’s Statement On His Diagnosis

“I’ve spent the last six months receiving chemotherapy, radiation, and surgery,” Toby Keith shared on June 12. “So far, so good. I need time to breathe, recover and relax. I am looking forward to spending this time with my family. But I will see the fans sooner than later. I can’t wait.”

Following the heartbreaking announcement, the Ohio State Fair tweeted that the musician’s scheduled performance on July 28 had been canceled. According to Toby Keith’s official website, he is due to play the Ribfest in Illinois on June 17.

Nearly a decade ago, Keith went under the knife for gallbladder surgery and was forced to cancel several of his concerts. The Oklahoma native had his operation in July 2012 after experiencing severe pain for an unknown amount of time.

Initially rising to fame in the early ’90s, Keith has amassed 42 Top 10 hits and 32 No. 1 songs and has sold 40 million albums. He has performed hundreds of shows for U.S. service members abroad, including in Afghanistan and Iraq, as well as at events for presidents Donald Trump, Barack Obama, and George W. Bush.

According to the report, stomach cancer, also known as gastric cancer, is an abnormal growth of cells that begins in the stomach and can affect any part of it. Symptoms can include difficulty swallowing, vomiting, and unintentional weight loss.

Illinois GOP: Is There Room On The Bus?

Kelly Loeffler Adamant That Trump Has Not Lost 2020 Election