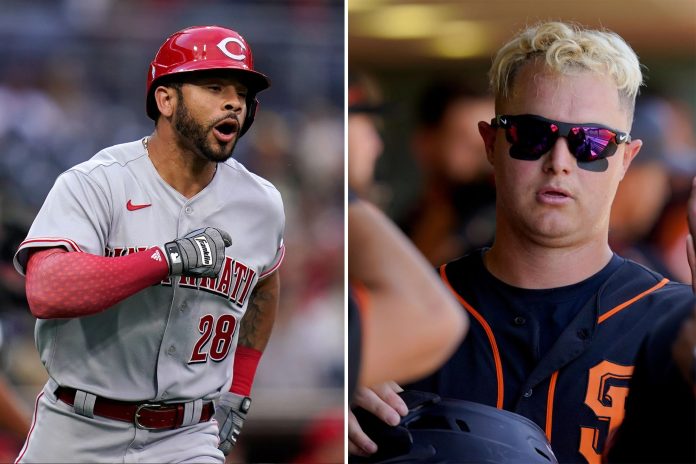 The MLB season for 2022 ended with a slap when Tommy Pham clobbered Joc Pederson before the game on Friday. This definitely raised a few eyebrows when it came to the fore that the outfielder for the Cincinnati Reds had slapped the outfielder of the San Francisco Giants due to a dispute in their fantasy football league. As it turns out, Pham was soon scratched from the lineup of the Reds that night- along with a three-game suspension, which was announced on Saturday.

With both the teams coming together to meet reporters, more details about this incident came up. It was soon understood how a couple of grown-up millionaires would be coming to blows over fantasy football. In fact, Tommy Pham and Pederson both aligned well on the facts- they simply had different opinions regarding fantasy football as well as group chat etiquette. Incidentally, the entire trouble began when Pederson decided to place a player who was out on the injured reserve. Also, the entire incident took place a year back.

Before Tommy Pham was suspended for his action, he went on to claim that Pederson had also left a disrespectful message in the group chat for the league. He also believes that Pederson had definitely broken some form of code with his IR move. Pham went on to claim that he hadn’t spoken to Pederson about the incident- mentioning that this was all about winning money and nothing else.

Pederson finally claimed that Tommy Pham had left the league a couple of weeks later in Week 4 or Week 5 of the NFL season– with absolutely no communication since that Friday.

Governor Tom Wolf from Pennsylvania had already prepared a $1.7 billion stimulus check proposal all the way back in February 2022. The deal from...