Warriors Vs Pistons turned out to be a thriller. The match was an absolute treat for the fans. The Golden State Warriors are one of the formidable sides in the NBA. They faced off against the Detroit Pistons in their recent encounter. Warriors had performed well throughout the season and are eyeing the championship. The match had the Warriors take full control right from the start. However, as the game gained momentum, the Pistons fought back as well. Before the start of the match, the Detroits fancied themselves a lot.

The Warriors Vs Piston match was expected to be a cakewalk for Detroit. The Golden States decided to exclude some of their important players from the lineup. The Warriors’ manager kept in mind the physical health of his troops. Athletes like Steph Curry played continuously for thirteen games straight. In order to avoid fatigue and injuries, many players were rested by the Warriors. However, that did not stop the Golden State from winning. Let us learn more details about the match in detail below.

The Golden State Warriors are looking to be on a roll at the moment. They are marching away with the championship as of now. Warriors Vs Pistons was a perfect platform for the Pistons to advance in the league. However, the Warriors had other ideas. The game went down to the wire but the Golden State held on. The thriller ended with the Warriors winning 105-102, once again.

West Side Story To Not Have Subtitles

How Biden’s tax plan could impact businesses and individuals 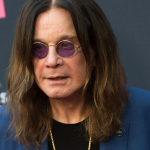 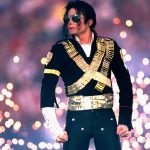