Home Politics Former Wisconsin Chairman Of GOP Declares That He Will Comply With Jan.... 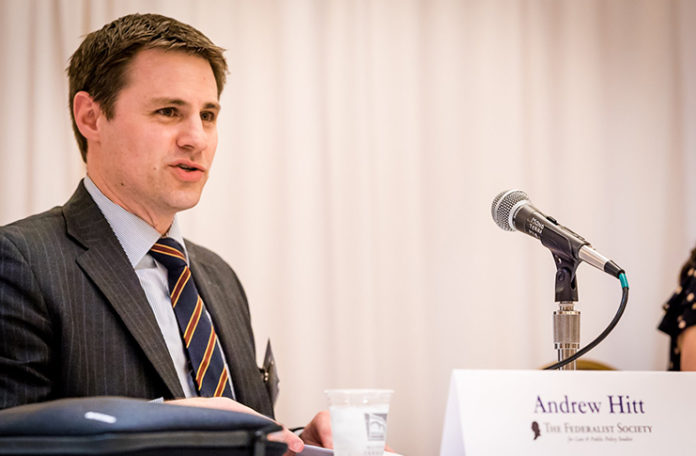 On January 28, the Select Committee to Investigate the January 6th Attack on the United States stated Andrew Hitt and Kelly Ruh had been subpoenaed. Hitt is a former chair of the Wisconsin Republican Party. Ruh is a Republican activist who served as the secretary for the alternate electors in Wisconsin.

Wisconsin Chairman Will Hand Over Documents

The commission was constituted in the summer to look into the violent insurgency that occurred on January 6, 2021, in Washington.

Hitt served as the chair of the Republican Party of Wisconsin in 2020, both before and after former President Donald Trump’s defeat. Michael Best Strategies, where Hitt is a partner, is a consulting firm.

Hitt said he will comply with the subpoena in a written statement.

In a statement, committee head Bennie Thompson, D-Mississippi, said the panel is looking for information about attempts to reverse the election in numerous states, including the planning and coordination of operations to transmit phony elector slates to the National Archives.

The committee wants to discover more about how the incident happened through witness testimony, text messages, phone calls, papers, and other evidence.

Hitt and Ruh must hand over papers by Feb. 11 and testify on Feb. 28 under the terms of the subpoenas filed on Friday.

Wisconsin’s ten presidential electors met at the state Capitol on Dec. 14, 2020, to cast their ballots for Vice President Joe Biden. The generally routine procedure drew more attention than usual on that day, nearly an hour after the Wisconsin Supreme Court dismissed a lawsuit filed by Trump and weeks after Trump falsely claimed victory.

Hitt and other Republicans met in the capitol on the same day.

However, critics of the action claimed it was out of the ordinary.

Subpoenas were issued to fake electors in Arizona, Georgia, Michigan, New Mexico, Nevada, and Pennsylvania, in addition to Wisconsin.

Pixel 4a leaked launch date will be cutting it close

FB Will Be Earning An EPS Of $2.47 For This Quarter