Home Politics Willow Biden Is The New Addition To The List Of White House... 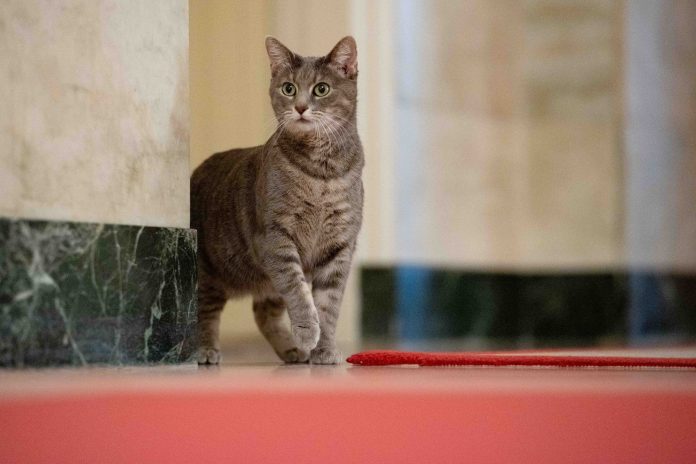 While dogs have been more regular visitors, the Clintons, Carters, and Fords, to mention a few, have all been cat owners at the Presidential House.

President Biden and Dr. Jill Biden have welcomed a new feline companion to the US White House.

Willow Biden, a 2-year-old short-haired tabby with green eyes and gray and white stripes, has been introduced to the couple.

Willow is named after Willow Grove, Pennsylvania, where the first lady grew up.

Willow Biden Is Adjusting Well To The White House

After Dr. Biden casually said in a November 2020 interview that she’d love to have a cat in the US White House, the cat’s arrival was much anticipated.

For more than a year, reporters and other interested parties bombarded Jen Psaki, the US White House press secretary, with questions regarding the administration’s cat policy. She appeared to understand the importance of the cat’s public debut.

Willow Biden’s arrival comes nine months after the pair announced the arrival of a new kitten.

Willow Biden, a short-hair tabby with jade-green eyes, was welcomed into the White House on Wednesday. Commander, a German shepherd puppy, was added to the mix just over a month after the Bidens announced it. The cat had been residing with a foster parent who had got attached, according to Dr. Biden in an interview.

Willow Biden is shown adapting to her new surroundings in a series of images posted by the US White House, sprawled on a couch and soaking in the view of the Washington Monument.

India, a black cat who belonged to President George W. Bush and his wife, Laura, was the final feline to dwell in the White House. Then there was Socks, the Clinton White House’s black-and-white resident kitty. Socks, a media favorite, was the protagonist of “Socks the Cat Rocks the Hill,” an unreleased Super Nintendo game, and was even seen in the White House briefing room.

Miley Cyrus Tackles A Wardrobe Malfunction While Performing In Miami