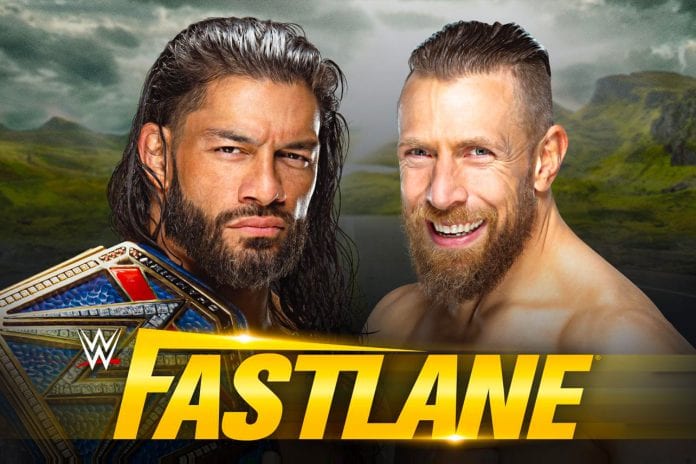 On schedule for the fans is the concluding pay-per-view ahead of WrestleMania 2021, and also the final event to air on the WWE platform. The fight involving Fastlane was just a one-man performance. Yes, we got some filler, a couple of solid matches, but also one terrible segment. But Fastlane saved the day on the strength of the superlative Roman Reigns vs Daniel Bryan centerpiece as WWE Fastlane 2021 lived up to its expectations.

The exemplary performance of Reigns ensured that he defeated Bryan by pinfall, with Edge’s help. Edge happened to be the special enforcer. With the referee taken out, he remained the stand-by referee. Edge retaliated by hitting Bryan twice when the former hit him using a chair by mistake. It happens even as Bryan gets ready to make Reigns tap.

There were other strong performances like the Shinsuke Nakamura vs Seth Rollins and also McIntyre vs Sheamus. But it was the main episode that had the crowd roaring and was a truly stellar performance. The Alexa Bliss versus Randy Orton match, if it could be called so, as disappointing as expected with the return of The Fiend not helping much.

The Universal Championship Remain With Roman Reigns At WWE Fastlane 2021

Roman Reigns managed to pin Daniel Bryan. The match took a turn after Bryan hit Edge twice with chair shots. His hits, earlier in the match, were unintentional. Edge was a stand-in referee. With both the referee and Edge down in the dumps, Bryan pinned Reigns with the Yes Lock and almost tapping out. Reigns’ victory was guaranteed when Edge retaliated at the nick of time with a chair shot.

The match lived up to its hype though the finale was a tad disappointing. It began slowly with Reigns getting frustrated as Bryan managed to outwrestle him. Even as Reigns tried to pin down Bryan, each time he managed to slip out of his grip. The high-voltage intensity of the match was established right then.

The pace at the WWE Fastlane 2021 was intense and vehement. The pace picked up rapidly from a slow start and developed into an intense contest with rapid exchanges. Bryan went for the famous running knee though Reigns warded off the move. It led to the referee being clocked by Bryan. In came Edge, the special enforcer, as the referee. Roan Reigns went for a famous move that he has popularized when he managed to force Bryan down with a spear, a shoulder block takedown. It earned him a two count.

Reigns was pinned down by Bryan in the Yes Lock quite a few times as he threatened to tap out Reigns on SmackDown. Once Jey Uso hit the ring and managed to superkick both Edge and Bryan. A chair came into the melee, but that was taken out by Bryan. It was then that Bryan accidentally hit Edge as Reigns moved out of the way.

Reigns tried a spear. Instead, it was countered into a Yes Lock. We saw a dramatic moment, Reigns finally decided to tap out. Edge stepped in and broke up the submission as he went for a dramatic chair shot. Edge then hit out at Reigns and then struck Bryan a second time. He then screamed like one possessed and left. In the ring Reigns finally managed to pin down Bryan into submission.

The match was not without its flaws as there was an overuse of the move where Bryan took out Edge even as Reigns moves out of the way. The interference was a tad too high. Plus the finale at Wrestlemania made little sense as it did not lead to any Triple Threat. Edge acting like a rule-breaker, a ‘heel’, is a bit unusual as it made the returning idol a bit nasty. This fight could be inventive if it leads to a one-on-one between Reigns and Edge. But still, the match rocked.

Randy Orton Is Pinned Down By Alexa Bliss

This fight was expectedly awful as Randy Orton got pinned by Alexa Bliss. It was after The Fiend came out and struck Orton with the finisher, Sister Abigail.’

Orton started throwing up blood as he posed on the turnbuckle at his entrance. The announcer thought that might have an effect on his performance. Alexa Bliss has a fiery entrance as she summons the wall of fire. Orton acts not like a 14-time champion as he slams into the turnbuckle. Alexa drops a series of lights at Orton’s footsteps even as he stalks her. There is more fire. The Fiend’s burnt hand emerges as he climbs, looking repulsive. He then strikes Sister Abigail at the end.

The fight closely followed the script. Sheamus and McIntyre plummeted each other in the end McIntyre won. It tests your appetite for a pure physical brawl. That is what it ultimately was.

McIntyre dis a Braveheart with his Scottish style makeup. The Kendo stick was the first of a series of weapons introduced in the No Holds Barred fight. The two fighters beat the hell out of each other. McIntyre was chocked by Sheamus with the stick while the latter tried to gouge out an eye. It was quite unpleasant.

Sheamus attacked McIntrye with a broken part table in the ring. McIntyre managed a Futureshock DDT, as he slammed Sheamus’ head on the table. And then came the Claymore-Kick.

This one turned out to be the best match as Rollins put down Nakamura using a curb stomp. This was expected as Rollins is expected to come up against Cesaro. The fight was engrossing. It was Rollins at the start but things changed as he tried to make fun of Cesaro with the Giant Swing at Nakamura. Nakamura fought back with the Triangle Choke try. Rollins evaded a Kinsasha while Nakamura reversed a buckle bomb.

Elias Goes Down To Braun Strowman

Elias was conned by McMahon into a fight against Braun. A foregone conclusion. Within 5 minutes, Elias managed one elbow drop and a DDT. But then it was Strowman all the way. He also dominated Jason Ricker on the sidelines. Expected an ambush from MacMahon on Strowman, but nothing came of it.

Apollo Crows went down to Big E in a short and extreme match. This feud will roll onto Wrestlemania as Big E got insulted on the sidelines.

The match began strongly enough. Big E worked himself into a fury, striking the signature spear. It seemed a grudge match for Big E; great stuff at the WWE Fastlane 2021.

Crews then attacked Big E’s injured leg. Big E reversed a small package into a pin. It got a bit confusing at this stage.

It was Shayna Baszler and Nia Jax vs Sasha Banks and Bianca Belair at the Tag Team Championship for women. The action was compelling though it didn’t touch the heights. But the Belair vs Banks episode was made less compelling with the booking.

The at the WWE Fastlane 2021 match was predictable and there was a slew of action at the start, long heat directed towards Belair, and action at the end. The end followed the formula. Baszler was put in a Banks Statement, Belair got pushed by Jax onto Banks as it entangled the hold. Banks got rolled up by Baszler even as she squabbled with Belair.

Baszler and Belair did great, with a knee on Belair’s chin at the end. There was this lovely false finish as the latter struck a 450 Splash but Reginald, in a love angle involving Jax, broke up the pinfall.

Banks appeared silly losing it with Belair though it happened to be Jax who shoved Belair into Banks. There remained the showdown at the end between Belair and Banks. The buildup between the two has not been strong. Hopefully, the WWE Fastlane 2021 will pick up now.

This was the kickoff show as Riddle defended the US Championship. This was a brawny match which was expected given the previous strong show between them. A Broderick finally pinned Ali. Team Retribution was furious with Ali at his repeated failures while T-Bar and Mace double choke-slammed their ex-leader. It was a great match followed by a breakup possibility.

Katie Ledecky Dethroned At The 2020 Olympics By The Terminator!

Stimulus Checks For These 4 Groups 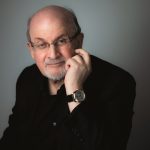